A Welcomed Outsider: Experiences at the 21st Cochrane Colloquium 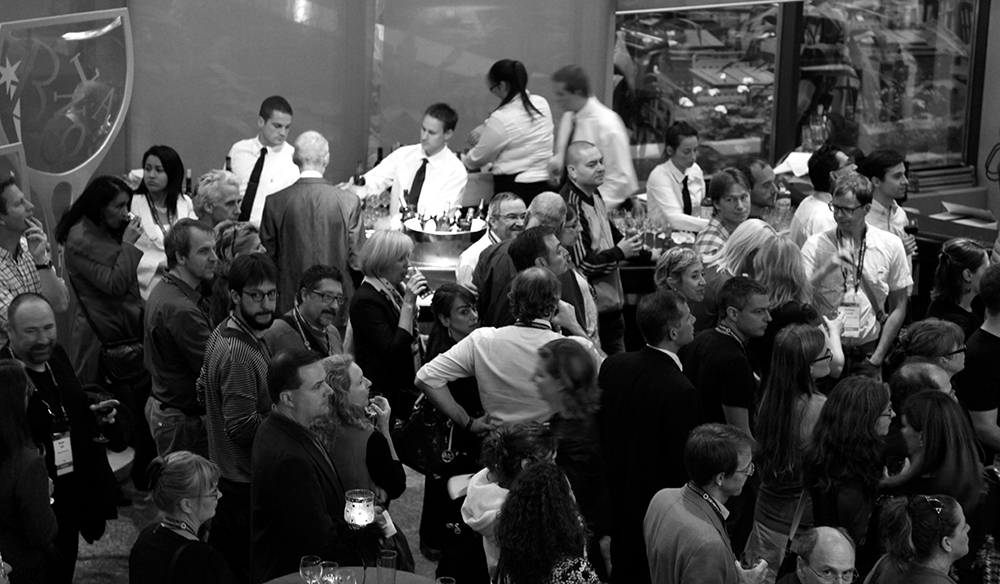 I’m a chemistry researcher passionate about science and about maximising the real world impact of scientific research, and I’ve recently developed a keen interest in evidence-based medicine and the Cochrane Collaboration in particular. So having moved to North America last year, I jumped at the opportunity to go to the 21st Cochrane Colloquium held in Quebec City in September. I hoped to learn more about the Collaboration and evidence-based health care, and at least use it as a chance to practise my French for the first time since high school.

Being a non-healthcare professional meant I certainly wasn’t the typical person at the Colloquium. However the friendly atmosphere and the easily-relatable theme of the meeting – Better Knowledge for Better Health – made me feel welcome and able to engage fully with the topics covered at the conference. In fact, I feel that my experience in Quebec was a perfect demonstration of the openness at the core of the Collaboration’s work over the past 20 years. Just as Plain Language Summaries accompany each Cochrane Review and relevant ‘consumers’ are involved in the process, people went out of their way to describe their work and explain the key issues to an interested layperson – me.

One of the areas that I am most interested in is the use of evidence to inform and direct government policy. During a parallel session, I attended a workshop on this topic run by John Lavis (Director of McMaster Health Forum, who also gave a plenary talk) discussing the framework required to implement a more evidence-based approach to policy decisions. He highlighted examples such as his own Canadian province of Ontario, in which new legislation requires all government briefing material to meet a minimum standard of the evidence behind the suggested policy. We all agreed that the impact of Cochrane Reviews on this type of process could be increased by providing greater context in the reviews, including more evidence from qualitative studies, and prioritising timely, up-to-date and directly applicable reviews. The challenges associated with all of these issues were covered and also came up in other sessions at the Colloquium.

A recurring theme of the conference was what the Collaboration can do to build on its impressive first 20 years as it now looks towards the next 20 years and beyond. We were reminded several times during the conference, by people such as Prof. Tom Walley (Director of National Institute of Health Research, UK) and Dr. Alan Bernstein (President of Canadian Institute for Advanced Research), that the scope of the Cochrane Collaboration extends beyond the core aim of generating systematic reviews of randomised control trials. Indeed the broader Cochrane mission is about communicating the benefits of evidence-based medicine throughout the world, through training programmes, by increasing the dialogue between clinicians, researchers and patients, and through key partnerships with organisations such as the World Health Organisation. The importance of utilising the latest technology in helping the Collaboration achieve these goals was stressed numerous times, not least in a parallel session on ‘Online Tools for Dissemination and Communication’ which included a presentation on this very site by S4BE administrator Holly Millward!

The Colloquium was a great celebration of 20 years of the Collaboration, a chance for Cochrane-veterans to catch up with old friends, and for newcomers like me to be welcomed and gain an insight into the inspiring work and aspirations of the people involved. As someone used to science conferences at which the main goals seem to be advertising your work and enhancing your reputation, I found it refreshing to attend a conference in which gaps in knowledge and practice were not just acknowledged but actively highlighted and discussed. I strongly believe that this open approach is the best way to achieve real world progress in health care and in the sciences. My interests in evidence-based medicine and the Cochrane Collaboration have been strengthened by my experiences at the Colloquium, and I will definitely take further opportunities to learn more about both in the future. As for Quebec City itself – let’s just say it’s lucky that the hospitality of the Québécois was much better than mon terrible français…

Hi, I'm a chemistry researcher originally from the UK but currently at the University of Notre Dame (Indiana, USA), with a growing interest in evidence-based medicine and policy. View more posts from Graeme

No Comments on A Welcomed Outsider: Experiences at the 21st Cochrane Colloquium