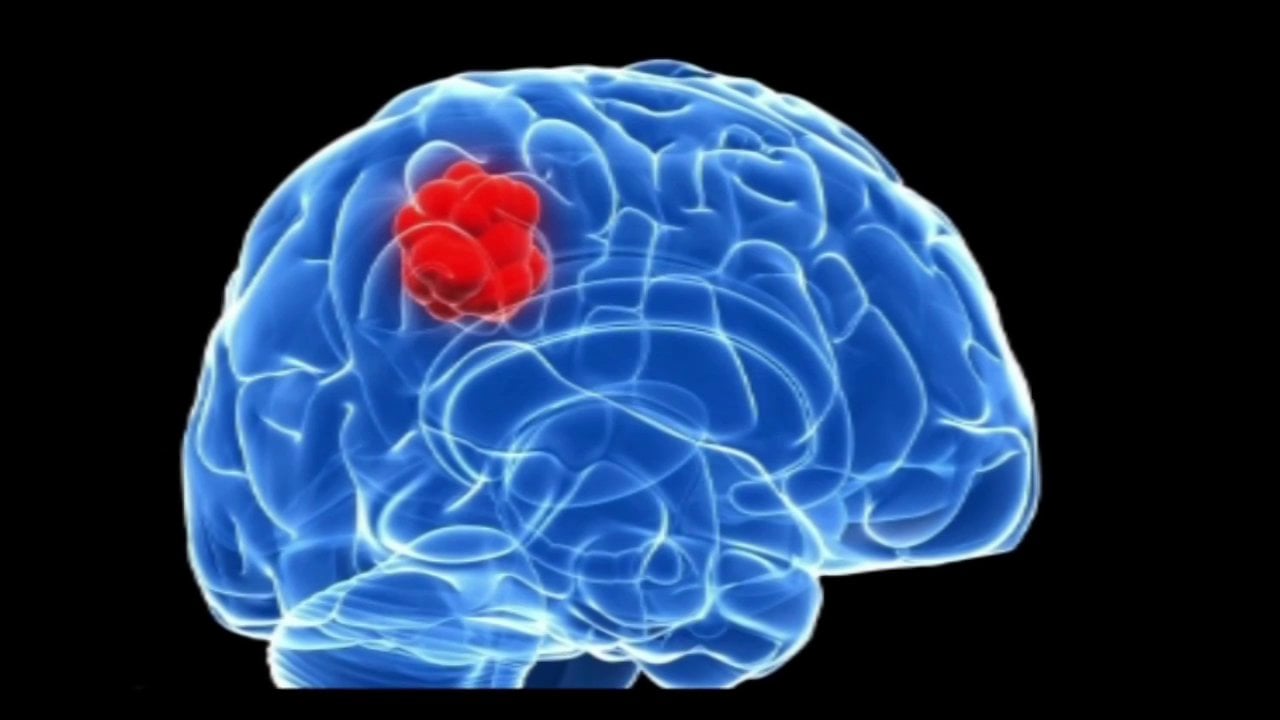 1979, 1993, 2000, 2007, and now 2016… The World Health Organization’s (WHO’s) new handbook on the classification of central nervous system (CNS) tumours was published in May 2016. (This is also known as the ‘blue book’ because of the colour of its cover). This new classification of tumours might have tremendous clinical implications. These implications are admittedly not entirely clear yet (at least for me). Nonetheless I thought this would make for interesting discussion in a blog.

There is no doubt that our classic conception of CNS tumours (i.e. tumours of the brain and spinal cord) has been challenged. In the era of genetic advancements, this was generally called for, and seems to be a positive move forward.

Below I outline an overview of the new classification, focusing on a few particularly important examples…

The gist of it is this… In all the previous classifications, classification was based essentially on morphology alone (e.g. the structure, size and shape of tumours). However, in this new approach, the WHO is incorporating molecular analyses and biomarkers alongside the known histopathology (i.e. the microscopic appearance of the tumour). Now, genotype (i.e. genetic make-up) should go hand in hand with phenotype (i.e. the physical properties/appearance of the tumour).

“For the first time, the WHO classification of CNS tumors uses molecular parameters in addition to histology to define many tumor entities, thus formulating a concept for how CNS tumor diagnoses should be structured in the molecular era.” ~ WHO 2016

But, hold on, why is a classification from the morphological point of view not ideal?

Well, in some cases, it’s too subjective to rely on. Essentially, trying to decide whether a cell is abnormal or not, based on its physical appearance is not clear-cut. For example, in the diagnosis of diffuse gliomas (a common type of brain tumour), neuropathologists had only a 60-70% concordance rate (Coons SW et al.). Morphological ambiguity is to blame. “There are also many cells which appear to be transitions between gigantic oligodendroglia and astrocytes. It is impossible to classify them as belonging to either group.” (Bailey P, Bucy PC.) Consequently, it was concluded that certain molecular markers may improve upon this inter-observer subjectivity and allow for more accurate classification of tumours.

“It is hoped that this additional objectivity will yield more biologically homogeneous and narrowly defined diagnostic entities than in prior classifications, which in turn should lead to greater diagnostic accuracy as well as improved patient management and more accurate determinations of prognosis and treatment response. It will, however, also create potentially larger groups of tumors that do not fit into these more narrowly defined entities […] groups that themselves will be more amenable to subsequent study and improved classification.” ~ WHO 2016

In simple terms, this means we’re no longer just relying on the appearance of cells to determine whether or not they’re likely to be cancerous. Rather, genetic tests can be used to help classify tumours too. This can be achieved by looking at whether particular ‘molecular markers’ appear to be abnormal (e.g. mutated). Examples of these molecular markers include: 1p/19q co-deletion (the translocation of chromosome 1 and 19 at the centromere region with loss of one derivative chromosome), IDH mutation, p53 mutation, and the INI1 mutation. Some of these biomarkers were discussed in the 2007 version of the WHO handbook, but were not incorporated until 2016.

Changes in the new WHO handbook: Example 1.

One example of a change brought about the WHO handbook relates to a type of brain tumour called Mixed oligoastrocytoma (OA). This is a type of tumour which (based on its appearance) has been believed to be made up of two different types of abnormal cells, oligodendroglioma and astrocytoma cells. However, a study cited in the WHO handbook, titled “Farewell to Oligoastrocytoma…” investigated 43 cases of histologically-defined oligoastrocytomas at a molecular level. When these tumours were studied at a molecular level, nearly all of them could be actually categorised as either “molecular astrocytoma” or “molecular oligodendroglioma”. That is, mixed OA showed no distinctive features as an entity, suggesting there is little value in this diagnostic classification.

Changes in the new WHO handbook: Example 2.

Generally, tumours in children have been considered to be equivalent to their adult counterparts. However, the new WHO handbook – by taking into account genotype and phenotype – recognises that this is not always appropriate. The same type of tumour may look the same under the microscope in an adult vs. a child; but it may have different molecular basis.

Consider oligodendroglioma (another type of brain tumour). In children, these types of tumours have no IDH mutation nor a 1p/19q codeletion (these are particular genetic abnormalities). However, oligodendrogliomas in adults generally do. Because tumours behave (more or less) according to their altered genes, this is an important distinction to make.

Some entities were removed in the new handbook:

There are a number of examples of diagnostic entities that have been removed from the 2016 handbook. For instance, Gliomatosis cerebrii, has been removed. This is a rare tumor that does not appear in a specific part of the brain. Rather it appears as a hazy picture over a large area. It is now “rather being considered a growth pattern found in many gliomas”. A number of other classifications have also been removed.

On the other hand, new entities have been added in the new handbook:

For example, ‘epithelioid glioblastoma’ is a rare form of cancer which has been added as a new entity in the 2016 handbook. 50% of this type of cancer have a particular genetic mutation (called V600E mutations) and we have a targeted treatment for this.

There is much more to this classification that I did not mention, for fear of misrepresenting the information. I was inspired to write about this classification after attending a lecture by Dr Mark Kieran, MD, PhD, from the Dana-Farber Cancer Institute. I would encourage you to have a look at ABTA’s webinar here.

Eslam is a MSc student of Clinical Trials at London School of Hygiene and Tropical Medicine, he is interested in medical statistics with a focus on pediatric neuro-oncology. View more posts from Eslam 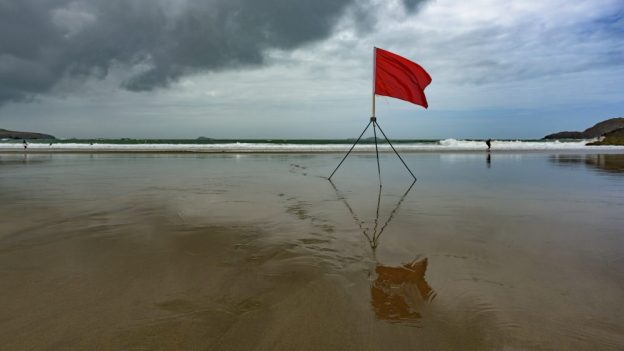 Should the Cochrane logo be accompanied by a health warning?

In the second blog of our new series Understanding Evidence, Iain Chalmers, the founding director of Cochrane UK, looks at developments in research on prenatal corticosteroids since the work which gave rise to the Cochrane logo. Join in the conversation on Twitter @iainchalmersTTi @CochraneUK #understandingevidence

Videos of the plenary talks from the recent Cochrane colloquium are available online. Alice has had a look at some of the key points raised in the first session. 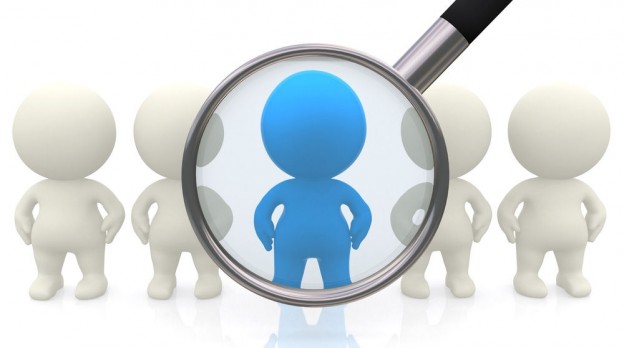 Why don’t we screen for more diseases?

There are over 100 diseases that the National Screening Committee in the UK considers screening for – but only a fraction of these are approved for one reason or another. This blog hopes to give an introduction to the issues with screening programmes, in particular those involved in detecting cancer.