Health in the media: the good, the bad and the ugly – 20th June Daily Mail special 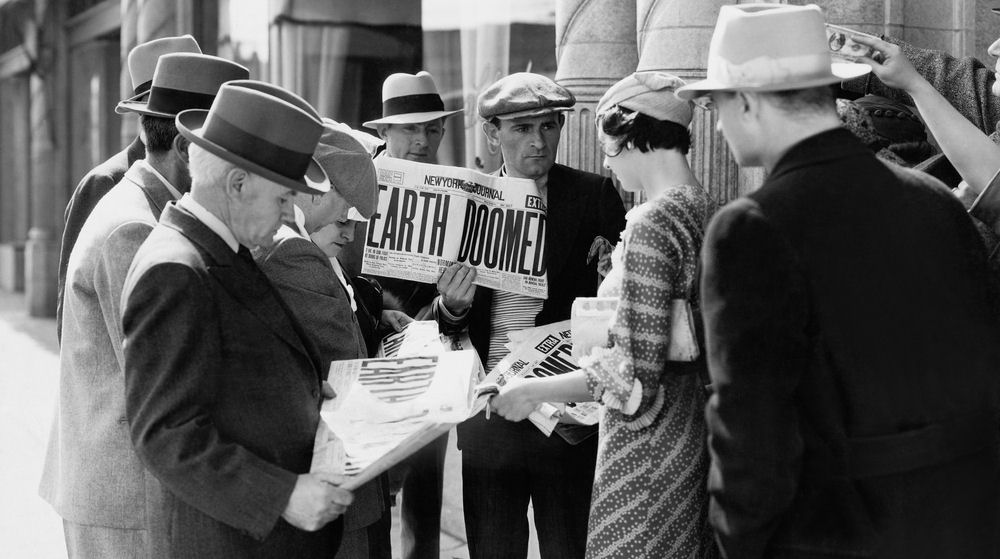 This week is a Daily Mail special.

New AIDS prevention pill could cut infection rates in IV drug users by 50% is a headline from the Daily Mail. This was the reporting of a randomised controlled trial that aimed to assess whether daily use of the antiretroviral (anti-HIV) drug, tenofovir, could reduce HIV transmission in injecting drug users (who are at high risk of getting HIV). This drug is currently licensed for use in the treatment of people who have HIV infection, usually taken in combination with other drugs. This research was published in the Lancet medical journal and I feel it was quite well reported by the Daily Mail.

The trial assessed whether giving tenofovir to injecting drug users reduced their chances of getting HIV. This was a well-conducted trial, which has many strengths, including a large sample size and long follow-up. The trial enrolled 2,413 injecting drug users from across Bangkok, Thailand. Participants were randomised to receive either daily oral tenofovir or identical placebo pills. The average duration of follow-up was four years.

Overall, 34% of both groups withdrew from the study during the course of the seven years for reasons that include loss to follow-up, death, pregnancy and contracting HIV. It’s important to know the drop out rate as people could stop taking a drug because it’s rubbish or it gives them loads of side effects. Neither is pleasant and the drugs go in the bin. Ignoring these patients makes the drug look better but this trial was analysed by an intention to treat analysis. This is an analysis based on the initial treatment assignment and not on the treatment eventually received.

The headline of the article reported the relative risk reduction of 50% if you took tenofovir over placebo but in the body of the text they mentioned the absolute risks (hurray). “The patients were followed for four years during which time 17 of those taking the preventative drug contracted HIV, while 33 of the people taking the placebo became infected”.

Overall, tenofovir reduced the risk of HIV infection in people who inject drugs. The authors suggest that “preventative treatment with tenofovir” can now be considered for use as part of an HIV prevention package for people who inject drugs. However, there is one small caveat. Even though the drug has been demonstrated to be effective, drug regulators do not yet license it for use in injecting drug users. The Daily Mail indirectly mentions this in stating “currently, the only HIV prevention drug which is available for use in the U.S. is Truvada which is prohibitively expensive (like lots to drugs) at $14,000 a year”. The Mail also reported the headline that risk of autism is up to 50% higher in children exposed to traffic fumes and air pollution. This is a piece of research from the Harvard School of Public Health that was published in the open access journal Environmental Health Perspectives.

This is a case control study, this is a type of study in which cases are identified (those with Autistic Spectrum Disorder (ASD)) and controls are identified (those without ASD), there is then examination of what the cases and the controls are exposed to, in an attempt to establish potential causative relationships. These types of studies have a number of limitations and these limitations mean it cannot prove that air pollution causes or increases the risk of ASD. This research only suggests that exposure to increased pollution may increase the risk.

One of the limitations of this case control study is that the number of children studied was quite small and represented less than half of the original 756 eligible for the study. This small sample may not be representative of the wider population of children with autistic spectrum disorder. There were also very few girls in the study, probably because ASD is more common in boys than girls. This means that it is hard to make reliable comparisons between girls and boys. In fact the authors pointed this out.

There was also problems accurately assessing pollution levels so we cannot be sure if or when pollution may be influencing the risk of ASD, or even if pollution matters. In fact, air pollution can be quite a common exposure and an autistic spectrum disorder is common enough outcome so it’s hard to say if this can be taken at face value or whether it warrants further investigation.

The incidence of autism has gone up markedly in the last two decades, and so has loads of things, the numbers of mobile phones, the number of Starbucks and the number of homes with WiFi. So if you did an association study with any of these things, you would probably find quite a good correlation. You cannot always trust observational associations even if there is a plausible underlying hypothesis.

From this research, we cannot say for sure that exposure to air pollution increases the risk of a child developing ASD. Again, the Daily Mail reported this week, “Anti-baldness drug can cause men to lose interest in alcohol”. This article reported the results of a survey of young men who had been taking the drug, finasteride, for hair loss. The results reported that the men drank less alcohol at the time of the survey than before they started taking the drug. However, the Daily Mail fails to acknowledge that this research has a number of flaws.

This research had a number of limitations; this is a small study with no control group (no group of people not taking the drug). Therefore, with no control group, the result cannot show that finasteride is definitely causing the reduction in alcohol consumption, rather than the reductions coming by chance. The men were asked to remember their alcohol consumption before they started taking the drug; five years previously. Now, I cannot remember what I did yesterday never mind five years ago. So these men are unlikely to be able to remember accurately their alcohol intake.

Finally, the study only used a subjective assessment of alcohol consumption, reporting of which may vary and this could affect the results of the research  (1 big glass vs. 1 small glass and what was in the glass). We’ve no idea how men were selected to take part, or if they knew what the research was about. The men’s responses may have changed if they had an idea that finasteride may have an effect on alcohol consumption or if they knew the research question, but we don’t know if they didn’t know.

Overall, these findings are by no means causative and require larger controlled studies to assess the effects of the drug on alcohol consumption.

No Comments on Health in the media: the good, the bad and the ugly – 20th June Daily Mail special