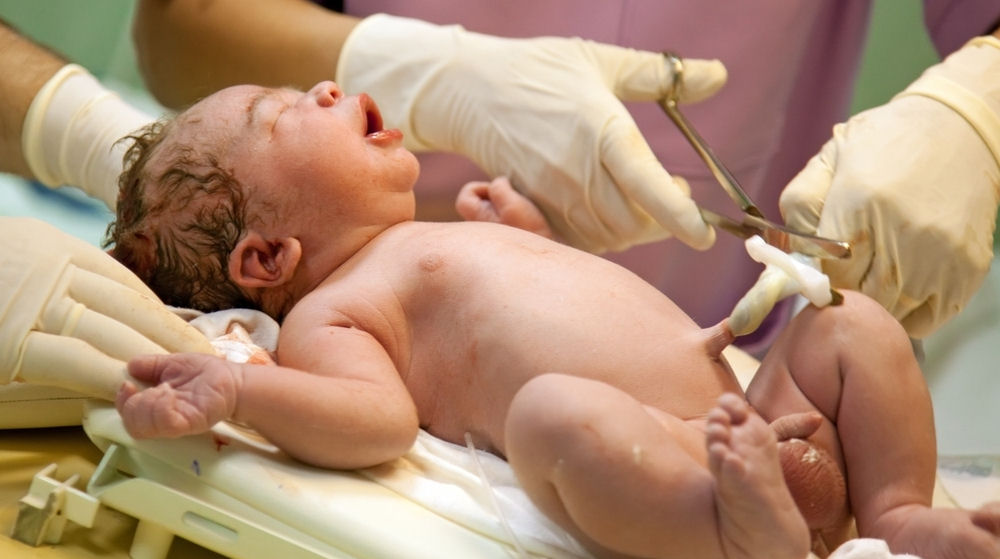 I blogged about the evidence surrounding early and late clamping of the umbilical cord after childbirth some time ago, and on Thursday, an updated Cochrane review on the subject came out, prompting me to (briefly) revisit my original blog. Since the original blog was in part based on the previous 2008 version of this new review, I shall start by considering what has changed between the two reviews.

Firstly, the newer version [1] includes 15 trials and nearly 4,000 mother and infant pairs, compared to the 2008 version [2], which includes 11 trials and nearly 3,000 mother and infant pairs. There are also some different outcomes, which are grouped differently. In the 2008 review they are first sorted into maternal and newborn outcomes, whereas in the most recent version they are arranged as primary and then maternal and neonatal secondary outcomes. I personally find this arrangement of the most serious outcomes (severe postpartum haemorrhage, maternal death, and neonatal death) a good way of balancing the fact that the best outcome may be a balance of what is best for the mother and best for the newborn. There are also 2 new secondary outcomes in the 2013 review – birth weight and symptoms of infection.

The recommendation from the Cochrane review remains similar – delayed cord clamping may increase the iron stores in the newborn, and the inclusion of 4 new trials in the 2013 version strengthens their conclusion as the body of evidence supporting it is now substantially greater. Both versions of the review add the caveat that this should be considered where phototherapy for neonatal jaundice is available, as rates of jaundice requiring phototherapy increased in the delayed clamping group.

As mentioned in my earlier blog, the National Institute for Health and Care Excellence (NICE) guidance currently recommends early clamping of the umbilical cord, as part of active management of the third stage of labour [3]. This group of interventions has reduced maternal mortality and postpartum haemorrhage but the evidence now suggests that cord clamping may not prevent haemorrhage. The evidence still supports the use of a uterotonic drug [4] (reviews of other uterotonics are also out there) compared to no drug; there is a protocol for a Cochrane review of controlled cord traction at [5], although several studies have recently come out finding little orno increase in risk of haemorrhage without its use, but with the use of a uterotonic [6] [7].

As a medical student, the aphorism ‘half of what you learn at medical school is wrong’ is oft-quoted. I don’t doubt that there will be (evidence-based) paradigm shifts in many fields, including obstetrics over my career, and probably before I qualify in 3 years time!

For more on delayed clamping of the umbilical cord, take a look at the Evidently Cochrane blog on the same review here.