Edzard Ernst’s A Scientist in Wonderland 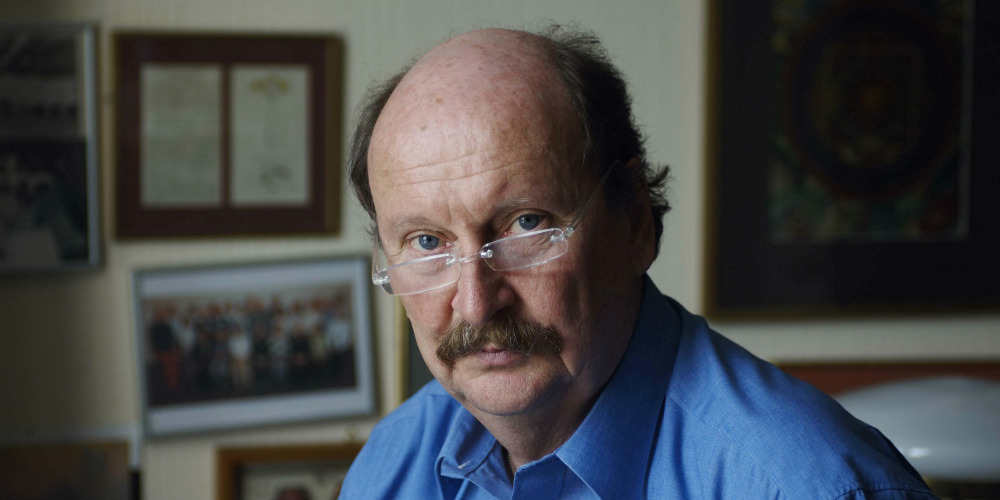 So what is this book about?

In his book, A Scientist in Wonderland: A Memoir of Searching for Truth and Finding Trouble, Edzard Ernst describes his life and career starting from his early years in post-WWII Germany to his medical school training. Through (despite) his unapologetically brash style, he becomes a leader in research of alternative medicine treatments, and as one would expect, makes plenty of enemies along the way.

First, Ernst describes his life growing up in post World War II Germany with a mother who is an enthusiastic devotee of alternative medicine. He then writes about his extended search for a career path and purpose in life. He describes his love of Jazz music and his early relationships. He then talks about his hands-on training in acupuncture, herbalism, homeopathy, cupping, massage therapy, and spinal manipulation. He then becomes a medical doctor by the late 1970’s. His first job as a doctor was at the Munich homeopathic hospital. While working there he reports seeing a colleague choose remedies by dowsing with a pendulum.

Ernst described a revealing discussion he had with the medical director while working at the homeopathic hospital. Ernst asked the director, “What precisely causes the improvements of our patients?”  The director replied, “It’s mostly due to the fact that we discontinue all the useless medications they had been taking previously”. Ernst states that he had not previously thought of that possibility, but said it was true, the medications did have potential to cause harmful side effects.

Later he briefly worked at a psychiatric hospital, then he earned his PhD, and was hired to the prestigious position of Chairman of Physical Medicine and Rehabilitation at the University of Vienna. To Ernest’s disappointment, this position appeared to be riddled with bureaucracy and politics rather than actual research. Ernst was still eager to do serious research and find answers to questions that seem to be nagging at him. For example, he wanted to know which treatments actually worked.

When describing medical treatments he says, “we assume cause and effect mostly because the postulated cause (i.e. treatment) preceded the effect (i.e. our patents’ improvement)” …”Receiving a treatment today and getting better tomorrow might suggest that the treatment caused the clinical effect, but it certainly does not prove it .”

Ernst said these thoughts were new to him and he was excited that he was beginning to think scientifically.

Years at the University of Exeter in England

In 1993, Ernst left the University of Vienna for a position as the world’s first professor of Complementary Medicine at the University of Exeter in England.  Ernst says that his early attempts to researching alternative medicine were challenging. He describes how practitioners of alternative medicine felt that, he as “a doctor, personified the establishment, and “alternative” foremost symbolized “anti-establishment” “. He says this upset people because it confirmed their worst fears of alternative medicine being annexed by “the establishment”. Ernst says his mission at Exeter was simply to conduct research into the efficacy, safety, and cost of complementary medicine. Ernst explains how even these efforts were questioned. He says:

“Many players in the UK alternative medicine scene also rejected the concepts and tools of mainstream medicine. Most alternative practitioners felt no need to question let alone test their traditions, ideas notions or claims.”

Still, Ernst pressed on with his research. Midway through the book he describes how important the scientific method is, how double-blind, randomized, placebo controlled trials work, and why they are are necessary to reduce bias during experiments. He also describes their weaknesses and explains why systematic reviews and meta-analyses are important and needed to examine the totality of evidence.

Ernst explains that creating research trails to test some alternative treatments, such as acupuncture it was inherently difficult to create a proper placebo control group. So to properly test some of his theories, Ernst and his team developed new strategies and even made retractable “stage dagger” needles as a control in acupuncture studies. They worked closely with alternative medicine providers to design meaningful experiments. Together Ernst and his research team conducted over 40 clinical trials and 300 systematic reviews, eventually compiling a total of over 1,000 published articles in medical journals.

I found this next section of the book the most interesting. The story continues when a few alternative practitioners tried to convince him not to publish his findings.  Ernst insisted, stating that “unpublished science is not science”. He goes on to describe the importance of publishing negative findings. Negative finding are when a treatment is shown to not be effective. These results are important because they can be used in larger meta-analysis.  Ernst then proceeds to give some excellent descriptions/examples of some of the logical fallacies that proponents of alternative medicine tried to tell him were proof that their treatments are safe and effective.

If millions use a certain therapy, it can safely be assumed that it is effective. p. 125

If we receive a therapy while we are ill and soon afterwards get better, we assume the treatment was responsible. p. 125

If something is natural, it cannot do any harm. p. 130

A treatment is worthwhile, safe, and effective simply because it has stood “test of time”. p.130

But don’t think for a second that Ernst gives “traditional medicine or science” gets a pass. He acknowledges in several places in the book that prescription drugs can have harmful side effects. He also explains that there is a problem of RCTs not being replicated, and that many conventional therapies that are currently used are not really evidence-based. However, he says that these are “by no means justification for using untested or disproven treatments under the banner of alternative medicine.”

The end of the book describes how his brash and undiplomatic persona finally gets the best of him. Not only does he lock horns with the Prince of Wales, but his blunt matter-of-fact style (as you could tell from the earlier quotes) ends up contributing to his taking an early retirement. Perhaps it’s for the best, for it seems that now he has opened a new chapter in his life with his website and his first book, Trick or Treatment.  With his latest, A Scientist in Wonderland, Ernst reflects back on his life experience and gets to tell his side of the story to a wide audience.

Overall, I thoroughly enjoyed A Scientist in Wonderland. It was an easy read and the narrative flowed well. I think any student of medicine would appreciate this book as a memoir of the struggles of searching for a career path and going through medical school.  What I appreciated most about Ernst’s book was that he does discuss the challenges with evidence-based practice even within traditional medicine. To me, that demonstrates an intellectual honestly and shows that any and all treatments, traditional or alternative, should be measured by the same yard stick, analysed with a critical scientific eye by using rigorous clinical trials to ensure effectiveness. In this way it will be clear that a treatment is effective and that the benefits outweigh the harms. The only part of the book I didn’t care for was the blow-by-blow account of his spat with the Prince Charles. After reading his book, I strongly suspect that Dr. Ernst would be a fan of Students 4 Best Evidence, if he isn’t already.

Have you read A Scientist in Wonderland? What did you think?

No Comments on Edzard Ernst’s A Scientist in Wonderland