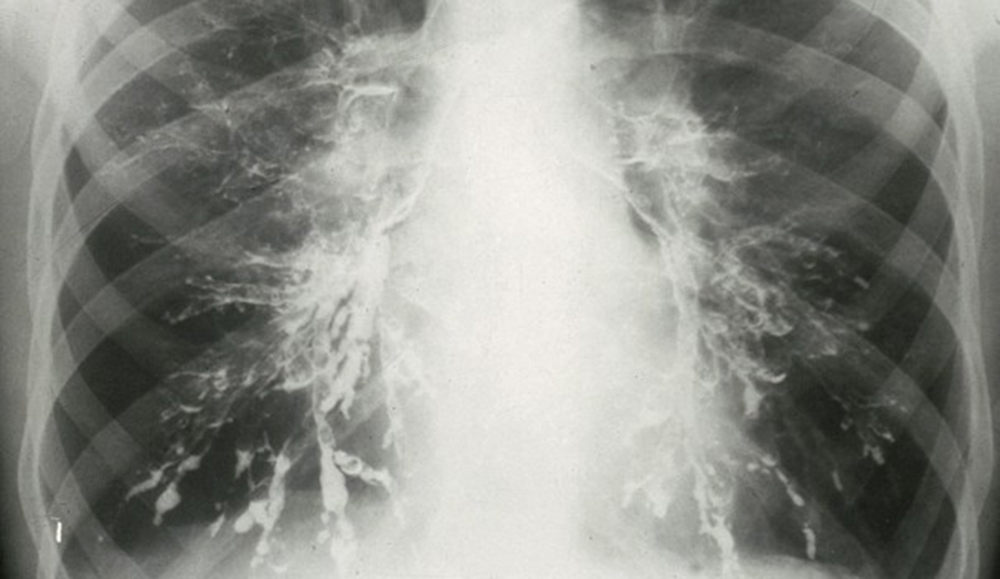 Non-cystic fibrosis bronchiectasis is a chronic respiratory condition where the airways dilate abnormally and irreversibly. It can be caused by several factors including immunological disorders, or systemic and other respiratory conditions. It often arises following an infection in the airways, leading to subsequent damage in mucociliary clearance. Accumulation of secretion causes micro-organisms to thrive, resulting in chronic inflammation, which further disturbs mucociliary clearance causing tissue damage and remodelling and acute exacerbations due to a cycle of infection and inflammation. Chronic cough with purulent sputum production, difficulty breathing and fatigue are symptoms that characterise the condition and impacts on the health-related quality of life.

What is airway clearance technique (ACTs)?

It refers to non-pharmacological interventions that help remove secretions from the lungs. Various ACTs have been used clinically including positioning, gravity-assisted drainage, positive expiratory pressure, etc. However, the beneficial effects of ACTs in terms of fewer exacerbations, reduced events of hospitalisation and improved health-related quality of life (HRQoL) still remains uncertain, highlighting the need for clinical trials to be conducted.

How the search was conducted?

Relevant studies were identified from systemic searches of bibliographic databases such as Cochrane Central Register of Controlled Trials (CENTRAL), MEDLINE, etc., and from handsearching respiratory journals and abstracts. The reference lists of primary studies and review articles were also handsearched for additional relevant articles. Appropriate studies identified are then incorporated in a systemic review along with articles identified in the previous review published in 2013.

Result of the search:

After eliminating duplicates, excluding studies basing on their title and abstract as well as excluding those that did not fulfil the inclusion criteria of the systematic review; two studies were found to be eligible for the review. Therefore, a total of seven studies, five of which were from the previous review, were included in the updated review. The aim of the updated review is to summarise the results of studies looking at the efficacy and safety of ACTs in people with acute and stable bronchiectasis and to evaluate its impact on rates of exacerbation, incidence of hospitalisation and HRQoL. However, no eligible studies were identified to involve participants with acute bronchiectasis.

Overall, the quality of the evidence of the seven studies is quite low due to small sample size of only 105 participants with bronchiectasis and limited information regarding blinding of assessors and allocation concealment. Furthermore, only two studies were conducted over six months while the others were conducted over a shorter time frame or involved only single treatments. Therefore, it is not possible to know whether the effect would be retained over a longer treatment period. However, like the previous review, this review also suggests that the use of ACTs may show improvement in people with stable bronchiectasis  such as improved respiratory symptoms, sputum expectoration, selected measures of lung functions and HRQoL  but further studies are required to conclude its clinical value with confidence. On the other hand, no evidence was available regarding the use of ACTs in people with acute bronchiectasis.

What is the impact of this evidence gap?

The absence of evidence means that the spectrum of the condition, which involves both acute and stable bronchiectasis, cannot be completed with information regarding ACTs’ clinical value and impact. Moreover, with acute exacerbation being a common characteristic of bronchiectasis, this lack of information may pose a challenge for health care professionals in terms of guidance on prescribing ACTs.

What does this mean for the future?

The use of ACTs is recommended in current clinical guidelines for patients with symptoms of cough, sputum production and radiological signs of mucus build-up. Nonetheless, additional future studies; which involve cross-over study designs, blinded assessors to prevent bias in measurement of outcome as well as participants with acute exacerbation of bronchiectasis; are essential to determine both its short and long-term clinical impact on the disease progression, facilitating further guidance of prescription of specific ACTs.

No Comments on Airway clearance techniques for bronchiectasis: evidence gap