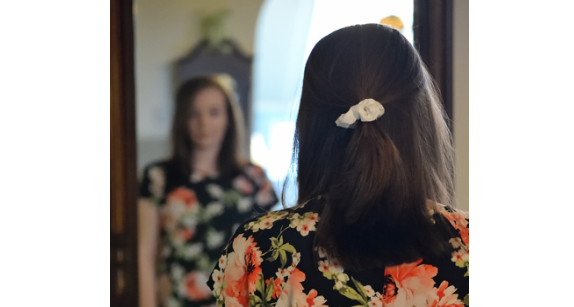 What is Treatment Resistant Depression?

To give an idea of the prevalence of depression (also known as unipolar, or major depression) Papadimitropoulou et al (2017) states that in a lifetime depression affects around 15% of the general population of high-income countries and 11% of low-income countries. According to the World Health organisation there were 300 million people living with depression in 2017, an increase of more than 18% since 2005 (WHO, 2017).

The Diagnostic and Statistical Manual of Mental Disorders, fifth edition, (DSM-V) characterises depression as having symptoms such as depressed mood, loss of pleasure or interest in doing things, significant weight loss or weight gain, insomnia or hypersomnia, as well as many others, persistent over the course of two weeks and not attributable to any other cause e.g. another medical condition. The first line treatment for adults presenting with these symptoms are antidepressants; which do not come without side effects (NICE, 2009), unfortunately 10-30% (Al-Harbi, 2012) of people with depression do not respond to this treatment and are considered to be ‘treatment resistant’ (Balestri et al, 2016).

There is disagreement about the definition of treatment resistant depression (TRD). Descriptions range from a non-response to a single antidepressant all the way to a lack of response to multiple antidepressants of different classes and combinations.  Worryingly, the prevailing definitions of TRD do not include a lack of response to psychological treatments. TRD has been associated with lower quality of life and poorer outcomes compared to their non-resistant counterparts (Eisendrath et al, 2015); this fact, and the prevalence of depression, reflects the importance of further investigation. “Worryingly, the prevailing definitions of treatment-resistant depression do not include a lack of response to psychological treatments”

So, what’s the next step?

Once a person is identified as having unipolar TRD, NICE guidelines (2009) recommend increasing the dose of antidepressant, switching to a different antidepressant, or trying another pharmacological or psychological approach. To give an idea of what this may involve, selective serotonin reuptake inhibitors are the current first choice of antidepressant drugs, followed by serotonin and noradrenaline reuptake inhibitors. Others include monoamine oxidase inhibitors and tricyclic antidepressants. Some non-pharmacological treatments besides psychological therapy are electroconvulsive therapy (a last resort treatment) and transcranial magnetic stimulation (Papadimitropoulou et al, 2017). That’s a lot of options and combinations. There is also research investigating the possibility of other drugs to alleviate TRD symptoms, one such drug is ketamine. Interesting, but what about psychological therapy?

The report of the Special Rapporteur, UN Human Rights Council, stated in 2017:

The Cochrane review ‘Psychological therapies for treatment-resistant depression in adults’ (Ijaz, Davis, Williams, Kessler, Lewis & Wiles, 2018) synthesised evidence from primary studies investigating psychological therapies and TRD. The psychological interventions included in the review are: cognitive behavioural therapy (CBT) which focuses on unrealistic, unhelpful thoughts and maladaptive patterns of behaviour; dialectical behavioural therapy based on CBT but has been adapted to help individuals who feel emotions more intensely; interpersonal therapy, a form of psychotherapy focused on relationships with others; and intensive short-term dynamic psychotherapy, a form of psychotherapy used to treat a broad range of emotional disorders.

Six randomised controlled trials were included with a total of 698 participants, aged 18 to 74. Each person had a diagnosis of unipolar depression that had not responded to antidepressants at the recommended dose over a minimum of four weeks. All included studies compared usual care alongside psychological therapy to usual care alone. The results of this review show there is moderate-quality evidence that, given in addition to usual care, psychological therapy produced improvements in depressive symptoms for people with TRD over the short term (up to six months). Low-quality evidence shows lower depression scores over 12 and 46 months. Two of the studies reported serious adverse effects in the usual care group: one suicide, one hospitalisation and two people experienced worsening of symptoms. There were no reports of adverse effects in the intervention groups.

The review comments that studies involving participants with co-morbid physical and psychological disorders were included so long as the psychological therapy was being primarily used to manage TRD not the co-morbidity. Mental disorders are complex and depression is often accompanied by other disorders such as anxiety. Ignoring the co-morbid disorder and asserting that the treatment will only affect the TRD symptoms is difficult to justify.

Outcomes were measured by rating scales for depression using either clinician rated scales such as the Hamilton rating scale for depression (Hamilton, 1960); Montgomery-Asberg Depression rating Scale (Montgomery, 1979); or self-report rated scales (Beck Depression Inventory, Beck 1961, Beck 1996). These outcomes may not accurately reflect an individual’s progress for two reasons. The first is that self-report can be an unreliable impression because in psychological interventions it is very difficult to blind patients and therapists to the intervention being provided, therefore all six included studies were at high risk of performance bias. The second reason is that in purely quantitative measures the nuances of symptom improvement are missed. The scores of an individual may not have markedly changed but that does not mean that there has been no improvement. Depression as a disorder can have deep rooted causes and it may be that more time is required, or a different psychological therapy is needed for that unique individual.

The results of the review should be applied cautiously as three of the six studies were small, recruiting less than 50 participants and most participants in the review overall were women. Nakagawa (2017) was the only included study that recruited more men than women. This gender imbalance may reflect the higher risk of depression in females (see Kuehner, 2003). Three of the studies used CBT, making that particular therapy over represented in the sample. Finally, it may not be appropriate to compare cognitive behaviour therapy outcomes with interpersonal therapy outcomes or dialectical behavioural therapy outcomes as each psychological therapy has been developed to address a specific need, not to be broadly applied to every symptom.

The fact that antidepressants are a first line treatment for depression and that psychological therapy is not even considered by definitions of TRD is indicative of a standardised medical model treatment programme for unipolar depression regardless of potential co-morbidities or contributing psychosocial or environmental factors. Much more research needs to be done with regards to types of psychological therapies and the specifics of individual symptoms and co-morbidities to enable a freedom of informed choice for patients and effective treatment.

For me as a student, this review has highlighted two elements. The first is the importance of doing systematic reviews because they highlight gaps in research which are potentially of great importance. The second is that when it comes to the issue of appropriate mental health treatments there is still a long way to go, but the work has begun and that’s an exciting prospect for the future of mental health treatment.

No Comments on Psychological therapies for treatment-resistant depression in adults