Manual therapy, exercise therapy, or both for treatment of hip or knee osteoarthritis 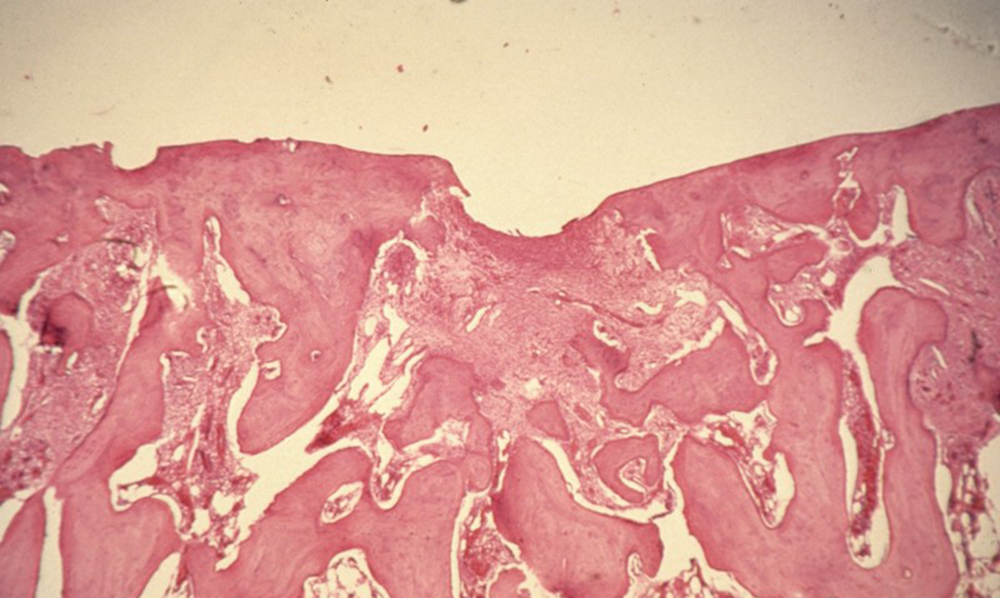 While in the clinic I’ve encountered several “young” individuals with knee osteoarthritis (OA). Their personal goals in general were to avoid surgery at all costs and to still be able to participate in sports, outdoor activities, and to maintain an overall active lifestyle. Those I met in clinic were in good shape and led healthy lifestyles, yet had knee pain that was beginning to interfere with their recreational activities, and consequently their quality of life. I personally fall into that category as well and I am apprehensive of the day on which I’ll no longer be able to hike or road cycle secondary to knee pain. So, with the combined influence of that specific patient population as well as my own personal situation, I’m interested in the current best evidence for the treatment of knee OA in people younger than 40 years old. I came across an article comparing the effectiveness of manual and exercise therapy to usual care in people with hip and knee OA that I’d like to share and discuss.

206 males and females clinically diagnosed with hip or knee OA were recruited from referrals by their general practitioner and from referrals to a hospital orthopedic outpatient clinic for joint replacement consultation. They were excluded from the study if they had rheumatoid arthritis, previous joint replacement of the involved joint, other surgery on the involved extremity within the previous 6 months, corticosteroid injection within the previous month, unable to participate safely, insufficient cognitive level for comprehension, or schedule conflicts for the follow-up.

How was the study organized?

Factorial randomized control trial. Those assessing outcome measures, physicians managing each participant’s care, and those analyzing statistical measures were blinded which group each participant belonged. Physical therapists providing interventions were not blinded to group allocation. Participants were randomized to one of 4 groups: manual physical therapy (PT), exercise PT, combination manual and exercise PT, or usual care. The manual PT group received a specific sequence of mobilizations to the involved joint. The exercise PT group performed a sequence of aerobic, strengthening, stretching, and neuromuscular reeducation exercises. The combination therapy group’s plan consisted of the same mobilization and exercise interventions of the previous two groups. Usual care was the routine and typical care provided by each participant’s own general practitioner. Participants in each of the 3 intervention groups attended nine 50-minute sessions led by a registered physical therapist at the university research clinic and were given a home program to be performed 3 times per week. They used the composite score from the Western Ontario and McMaster osteoarthritis index (WOMAC), pain, physical function, and patient global assessment at baseline, 9 weeks, 6 months, and 1 year follow-up.

What did the study find?

With a 93% participant rate of retention to the 1-year follow-up, WOMAC scores improved for all 4 groups. However, those in the manual PT group and in the exercise PT group each had statistically significant improved outcomes over the usual care group maintained 1 year post-intervention. Those in the combined manual PT and exercise group showed no benefit compared to those in each of the manual PT and exercise PT groups. The 3 PT intervention groups showed greater improvement than usual care in the other outcomes measures. However, the combined PT group did not show improvements as great as those of each of the single-intervention groups. Also, joint replacement surgery was a confounding factor in this study; those who underwent surgery did not maintain the same degree of gains as those who did not during the 1-year follow-up period.

I found the study’s intervention groups to be a realistic representation of actual PT practice – manual therapy and exercise are common and effective treatments used clinically to treat OA, however it’s rare that a single method is used. The 1-year follow-up with each participant is a great strength of this study; the long-term benefits of a treatment are crucial in determining the effectiveness and its role in a plan of care.

Some weaknesses of the study include the initial combination of patients with hip OA and knee OA into one study; it makes for the scope of the study to be wide-reaching and it doesn’t make sense to combine hip and knee treatment into one study. The joints are distinct and even the biomechanics associated with each of the joints vary greatly, on up to the approach for treating each of the joints. The intervention treatment sessions were 50 minutes long, but many outpatient treatment sessions last only 30 minutes. The specific intervention and dosage for each participant is vague; it is not clear if each participant received all of the listed mobilizations and exercises in addition to those specific to their own impairments, or only a few of those provided in the Appendix. On a similar note, it’s not practical to apply all of the mobilizations during one session without noting the effect of a single mobilization on the patient’s function. In regards to the results, it’s interesting that the combined group showed fewer gains than each of the single therapy groups; this could be due to less time dedicated to each intervention, insufficient dosage of each exercise or mobilization, or any number of other reasons not explored in this study. The way the study was designed doesn’t allow for direct comparison of manual PT and exercise PT; it would be beneficial in further research for the experiment design to reflect a comparison of the effectiveness of the interventions.

What do I choose?

When considering other literature and current best evidence regarding the treatment of patients with OA as well as past clinical experience, I would definitely employ both manual therapy and exercise in the treatment plan of a similar patient, though the patient’s individual impairments, needs, and goals would steer the direction of treatment, which interventions are utilized, as well as determining which outcome measure is most appropriate. Further research would aid in the discussion and decision-making process with the patient.

I'm a third year DPT student at Elon University. I've got a background in biology and environmental studies and have lived abroad in Spain, working as a teacher. My Physical Therapy interests lie in prosthetics & orthotics as well as in manual therapy. View more posts from Meg

No Comments on Manual therapy, exercise therapy, or both for treatment of hip or knee osteoarthritis

Hydrotherapy Versus Conventional Land-Based Exercise for the Management of Patients With Osteoarthritis of the Knee: A critical appraisal

This blog is a critical appraisal of a randomized controlled assessing hydrotherapy versus conventional land-based exercise for the management of patients with osteoarthritis of the knee.