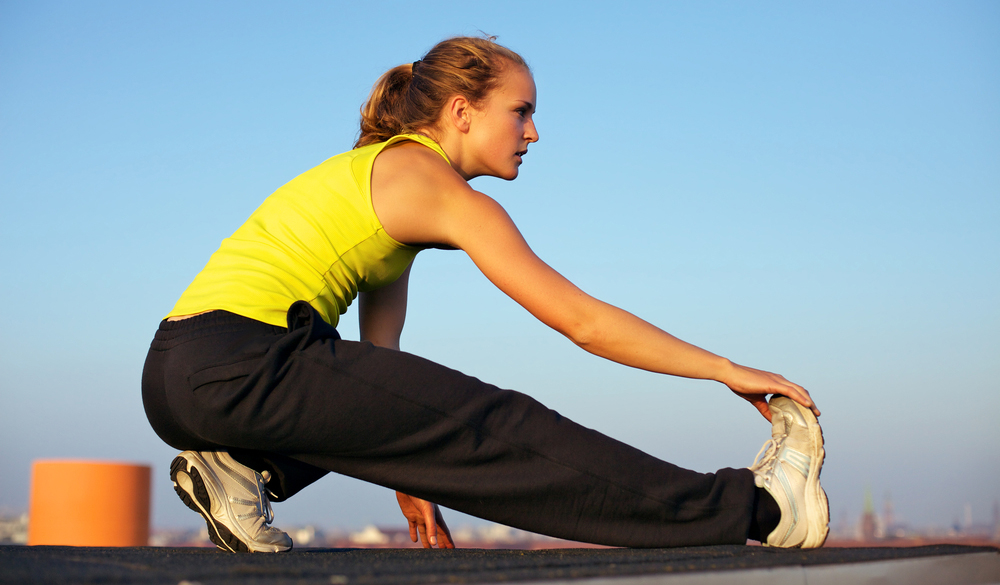 Hamstring injury seems to be on the rise, whether on a collegiate, professional, or even intramural level.  There seem to be many different mechanisms for how the injuries can occur, but I have always been curious as a physical therapy student what the best evidence was regarding a treatment protocol.

This study was a comparison between two hamstring rehabilitation programs.  The purpose was to investigate these programs related to outcome measures such as: time needed to return to sport, reinjury rate in the first two weeks and in the first year, and functional testing performance.  24 athletes, classified as having 1st or 2nd degree hamstring sprains, were separated into 2 groups (11 STST, 13 PATS).
The STST group underwent a stretching/strengthening protocol that consisted of 2 phases:

Phase one: In phase one, subjects completed static stretching (stretching in one held position) of the hamstrings, as well as isometric strengthening (strength exercises that hold hamstrings in one position).

Phase two: In phase two, subjects completed dynamic stretching (stretching through a full range of motion of the hip joint) and concentric/eccentric strengthening (the raising/lowering portion of an exercise) of the hamstrings.

Phase one: In phase one, subjects completed agility exercises in frontal (side to side) and transverse (rotational) planes of motion.

Phase two: In phase two, subjects completed agility exercises in sagittal (front to back) and transverse (rotational) planes of motion.

Reinjury rate (at 2 weeks and 1 year) in STST group compared with PATS group (P=.00343, P=.0059). Authors found no significant difference in functional testing performance or in time needed to return to sport.

The authors concluded that utilizing a progressive agility and trunk stabilization program is more effective than a stretching and strengthening program in helping athletes with hamstring strains in less time and with less of a risk of reinjury.

This study had many strengths. Subjects were randomly assigned to different groups, and the criteria for inclusion (letting subjects into the study) and exclusion (keeping subjects out of the study) was thorough.  Methods were consistent with the purpose of the study.  There were good visual aids throughout the study showing some of the exercises used in the protocol.  All of the results were discussed, and the authors did a good job of staying within the scope of the methods.

One of the weaknesses of the study was the small sample size (n=24) and use of only 1 person to administer the testing and protocol. The results were hard to find in the article, and the graphical representation would not be able to be clearly and easily understood by itself.

Overall, this article shows an easily applicable protocol of progressive agility and core stability will be an important addition to the general treatment of hamstring injury.  This will be helpful in getting the athlete back to their sport and will also help reduce the incidence of re-injury, which will be very valuable to the athlete.

I am a third-year DPT student at Elon University in North Carolina. My physical therapy interests include: Orthopedics, Sports Medicine, and Neurology. View more posts from Steve