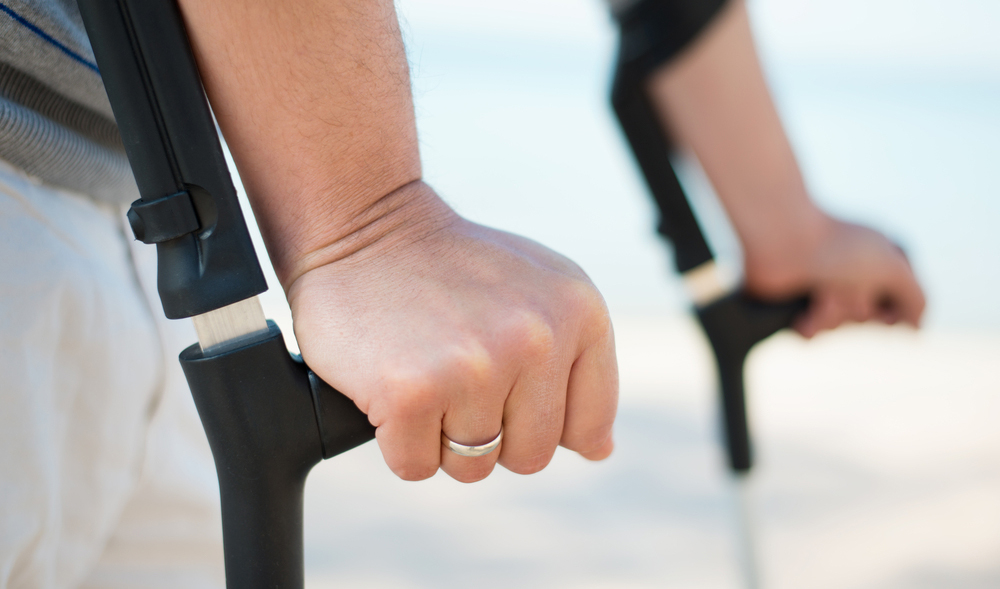 The number of incomplete spinal cord injuries (in regards to complete) have increased secondary to improved early care and safety features in motor vehicles.  Although an incomplete spinal cord injuries (SCI) are usually less severe, the impact on the individual’s function and participation are still limited. The use of functional electrical stimulation (FES) (use of electrical stimulation through electrodes to elicit a muscle contraction) has been used to improve health and independence in persons with paraplegia by improving the cardiovascular fitness, decreasing the risk of diabetes and even the risk of osteoporosis. However, the use of surface and percutaneous electrodes become impractical and inconvenient for long-term use in functional ambulation secondary to the amount of leads and channels needed. Unlike surface electrodes, fully implanted electrodes are more practical in the long-term functional use as well as offer cosmetic benefits and reliability. This article addresses the functional and therapeutic effects of an implanted FES system on walking after an incomplete SCI.

What did the article look at?

The purpose of this case report was to quantify the therapeutic and functional effects of an implanted FES system on walking after incomplete cervical SCI. The authors used maximal walking distance as the main outcome, and hypothesised that exercises and gait training with FES would improve voluntary motor control and baseline volitional walking ability and increase the strength, endurance and repeatability of muscle contraction.  The subject was a 22 year old male who acquired an incomplete cervical SCI 18 months ago and was able to stand with an assistive device but unable to initiate a step with either leg. The subject participate in a 26 week therapy program in which was broken up into the following treatments:

How did they measure outcomes?

After 12 weeks of using an implanted FES system, the participant had shown significant improvements in walking speed (increased from 0.02m/s to 0.20 m/s) moving him from non-ambulatory category to limited independent community ambulator, walking distance (increased from 14m in 11 minutes to 309m in 30minutes) and an increase in FAC score from 0 (no walking ability) to 4 (independent ambulation) as well as an increase in his SCI-FAI score- from 0/20 to 18/20 in gait parameters. Patient demonstrated a decrease in physiological costs secondary to: improved walking VO2, small increase in respiration frequency and tidal volume and decreased resting energy expenditure. However, the patient only showed mild strength improvements, with a majority consisting in distal lower limb muscles.

Were there any limitations?

I have been unable to find the parent article of the ongoing study that this article was based from. I found this to be a very interesting article and am curious as to why I have not heard of implanted FES systems being used more frequently since there was such great results as found by this study. However, I did find that study would be very difficult to reproduce as there is much ambiguity in which protocols and therapeutic procedures were used specifically. There is no specific measures as to how long BWSTT was used (duration) or the duration of over-ground walking. I also would be interested in if there were any accommodation effects to the stimulation that the patient may or may not have had.

What is my preference for treatment?

Much more research needs to be performed and reviewed before I would openly discuss this option with a patient of mine. I would like to see the long-term benefits, any adverse effects with implanted electrodes, reliability over a prolonged period and so forth. However, this article presents great results that would definitely make me more open to the idea for the right candidate in order to assist them in becoming more independent and functional.

I am a third year student in the Doctor of Physical Therapy program at Elon University in Elon, North Carolina. My personal physical therapy interests include neurological impairments such as stroke and spinal cord injury rehab. View more posts from Mandi

This blog critically appraises a randomized controlled trial looking at the effectiveness of expiratory muscle training on the pulmonary function of patients with high spinal cord injury.