Forest plot at a glance 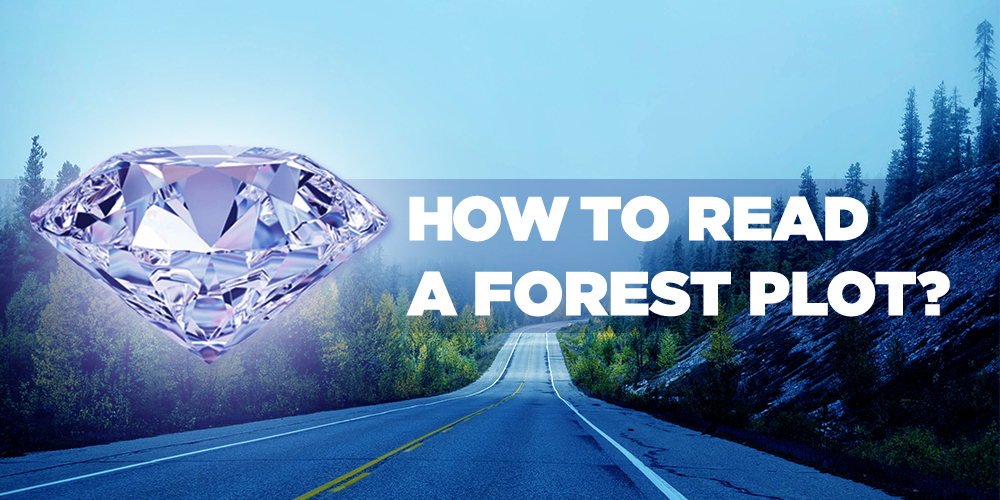 With time, the bricks accumulate. More and more research is conducted. Both observational and interventional.

If enough similar single studies in a given field are conducted, the past results can be combined. And boom. We get a new result – more reliable – with a combined population, bigger than any prior population. This is known as a meta-analysis.

In this kind of study, we often see a graph, called a forest plot, which can summarise almost all of the essential information of a meta-analysis.

Let’s find out how to read a forest plot.

Pros and cons of a forest plot

There are 3 main things we need to assess when reading a meta-analysis:

A forest plot does a great job in illustrating the first two of these (heterogeneity and the pooled result). However, it cannot display potential publication bias to readers. A funnel plot can do that instead.

How to read a forest plot

Often, we have 6 columns in a forest plot. The leftmost column shows the identities (IDs) of the included studies. Studies are represented by the name of the first author and the year of publication, often arranged in time order.

Next, to the right, we meet some data from the intervention group and the control group from each study.

The next column visually displays the study results. The boxes show the effect estimates from the single studies, while the diamond shows the pooled result.

The horizontal lines through the boxes illustrate the length of the confidence interval. The longer the lines, the wider the confidential interval, the less reliable the study results. The width of the diamond serves the same purpose.

The vertical line is the line of no effect (i.e. the position at which there is no clear difference between the intervention group and the control group).

The last possibility: if the diamond touches the vertical line, the overall (combined) result is not statistically significant. It means that the overall outcome rate in the intervention group is much the same as in the control group. This is the case in the figure above.

The rightmost column contains exactly the same information as is contained in the diagram in column 4, just in numerical format. So, we can observe the data both in picture and in number. This can be either the 95% CI of odds ratio (OR) or the 95% CI of relative risk (RR).*[See the bottom of this blog for a brief explanation of the difference]. The diagram above shows relative risk. When the 95% CI does not include 1, we can say the result is statistically significant.

More information is found at the lower left corner of the plot.

The p-value indicates the level of statistical significance. If the diamond shape does not touch the line of no effect, the difference found between the two groups was statistically significant. In that case, the p-value is usually < 0.05.

The I^2 indicates the level of heterogeneity. It can take values from 0% to 100%. For a quick and simple rule of thumb: if I^2 ≤ 50%, studies are considered homogeneous; if I^2 > 50%, studies are considered heterogeneous. Although some documents suggest that we can use the value of I^2 as foundation to determine whether we should use the fix-effect model or random-effect model, the choice shouldn’t be made solely on the basis of I^2. You can read more about this here:  bit.ly/2atmmGU.

So, we’ve reached the end of the ‘how to read a forest plot’ tutorial.

Feel free to leave comments if you are still confused about forest plots.

All the images in this blog have been created by mitis

No Comments on Forest plot at a glance