Tutorial: How to read a forest plot 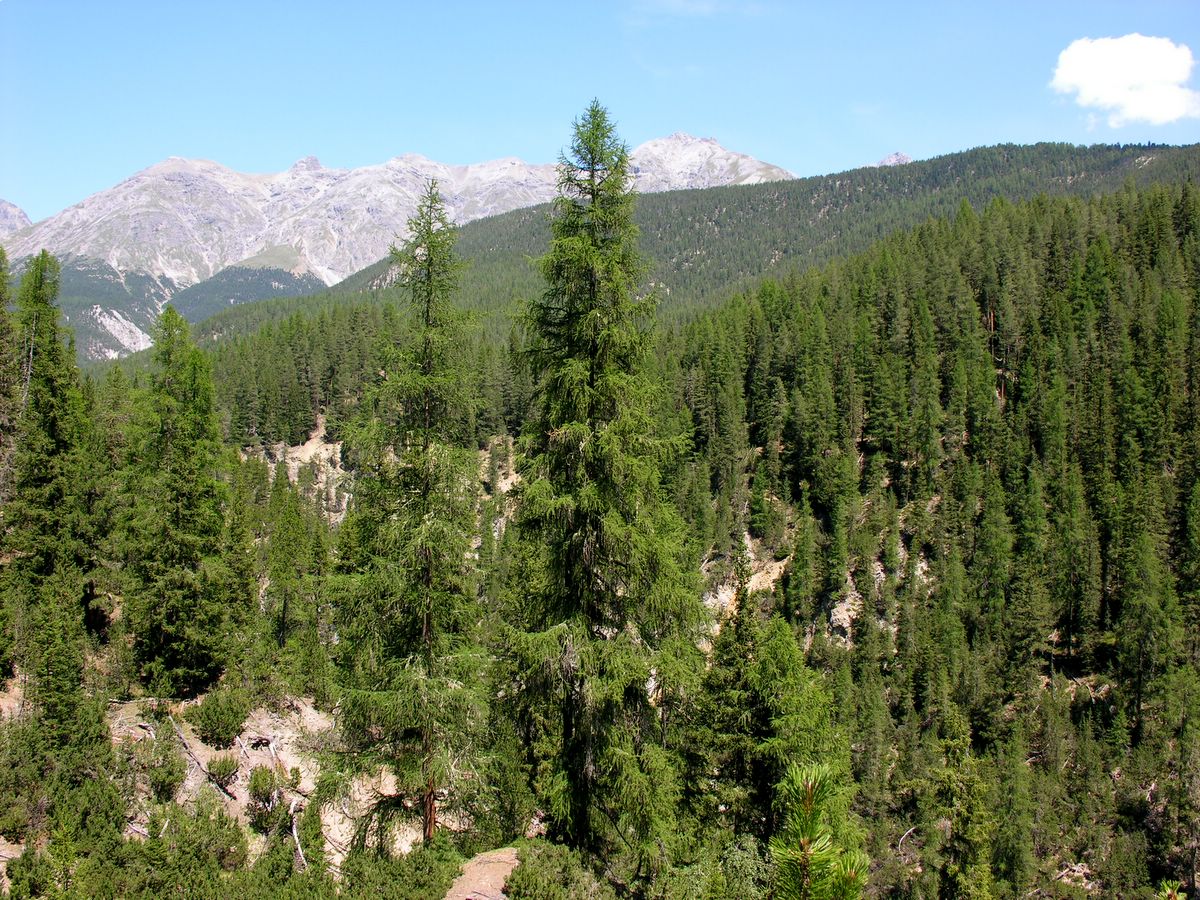 As we get towards the top of the evidence-based medicine pyramid, strange looking graphs sometimes emerge. The forest plot is a key way researchers can summarise data from multiple papers in a single image. [If you have difficulty reading the text in any of the figures, clicking on the image will enlarge it]. As students, we sometimes think graphs like the one in figure 1 are a bit hard to interpret. Never fear- the following tutorial should give you a step by step way to interpret any forest plot!

Learning Objectives.
By the end of this tutorial you should be able to:

So why make a forest plot in the first place?

Trying to look at lots and lots of different papers that ask the same question can be difficult. This is especially true if the papers analysed come to different conclusions and have different statistics either in favour or against an association.

What a forest plot does, is take all the relevant studies asking the same question, identifies a common statistic in said papers and displays them on a single set of axis. Doing this allows you to compare directly what the studies show and the quality of that result all in one place.

Analysing the forest plot: the basics

Throughout this tutorial we will take Figure 1 (shown above), a forest plot from a Cochrane systematic review, as an example. As we go through the tutorial we will build Figure 1 up from first principles. I will reveal the significance of this particular forest plot at the end of the blog! Figure 2. Let’s take this from the beginning.

What you see to the left is the basic set of axes that forest plots employ. The horizontal axis usually represents the statistic the studies being profiled show. This could either be a ‘relative’ statistic like an odds ratio (OR) or a relative risk (RR). Or the statistics being used might be an ‘absolute’ one such as Absolute Risk Reduction (ARR) or Standardised Mean Difference (SMD). Knowing the difference between relative and absolute statistics is important because it affects which number sits at the vertical line.

The vertical line is known as the “line of null effect.” This line is placed at the value where (as the title suggests) there is no association between an exposure and outcome or no difference between two interventions. If you remember from your statistics classes, relative statistics like OR or RR have a null effect value of 1. For absolute statistics like Absolute Risk or ARR or SMD, the null difference value is 0. Hence why the value at the line of no effect is relevant to the statistic being used. If you want a refresher about relative and absolute statistics why not check up on this S4BE blog. Figure 3. Let’s put some lines on these axis.

Ok, so now that we understand the axes of the forest plot, let’s put some values on. Each horizontal line put onto a forest plot represents a separate study being analysed. In Figure 3, three studies are represented. Each study ‘result’ has two components to it:

The horizontal line and whether it crosses the “line of null effect” is particularly important to take note of for each study. If you remember, the incredibly basic definition of the 95% confidence interval is: “The range of values within which you can be 95% certain the true value lies.” If the horizontal line crosses the line of null effect what that is effectively saying is that the null value lies within your confidence interval and hence could be the true value. If I were breaking this down to its most simplest explanation: “any study line which crosses the line of null effect does not illustrate a statistically significant result.”

There is one more component to the line which is useful to take note of. Whilst it is not guaranteed, as a rule of thumb the studies with a greater number of participants or patients typically have a narrower confidence interval and hence a smaller horizontal line. So in basic terms:

Now you have read through the above description, have a look at Study (A) and Study (B) on Figure 3. Have a go at interpreting what each study is telling you before looking to the bottom of the webpage for the answer.

Part 3: Combining all the studies of the forest plot. Figure 4. The Diamond of the bunch.

Figure 4 adds two more studies at the top (have a go at interpreting them) as well as a diamond. Now, the diamond is probably the most important thing you will see on a forest plot.

The diamond represents the point estimate and confidence intervals when you combine and average all the individual studies together. If you drew a vertical line through the vertical points of the diamond, that represents the point estimate of the averaged studies. The horizontal points of the diamond represent the 95% confidence interval of this combined point estimate. If you remember what I said in part 2 about the size of the confidence intervals- because this combined value effectively groups all the participants from all the individual studies, the CI range for this result should be the smallest on the forest plot (and in 99% of cases it normally is).

The rules about crossing the line of null effect are still true here: if the horizontal tips of the diamond cross the vertical line, the combined result is potentially not statistically significant. Why? If you remember, if the 95% confidence interval contains the null value, you cannot be certain that the null value isn’t the true value.

Part 4: Bringing it all together.

So we have talked about a number of the elements of the forest plot itself. Let’s have a bit of a look at all the “bumf” so to speak that sits around the forest plot on the graph. Let’s go back to our original image. Figures 5-8 highlight different elements on the forest plot that are worth noting. Figure 5. There is a wealth of information aside from the plot itself.

In Figure 5- to the far left of the forest plot is the name of the lead author for each individual study as well as the year of publication.

To the immediate left of the forest plot, are two columns of numbers- highlighted in Figure 6. Each column of numbers has two numbers separated by a ‘/’. If you look at the heading of each column you will see the numbers are organised as “n/N.” What does this mean? Put simply, ‘n’ denotes the number of patients or individuals which had the event/outcome in that particular group whilst ‘N’ denotes the total number of people in that group. Figure 6. Makes sense when you compare the numbers to the graph. Figure 7. Sometimes it is just simpler to compare the numbers…

Figure 7 is on the other side of the forest plot. The far right column basically gives you the forest plot as numbers (both the point estimate and the 95% confidence interval in brackets). Some people might find it easier just to look straight to these numbers instead of looking at the plot and trying to interpret it. Figure 8. If it’s in bold- probably a reason for it!

Figure 8- This simply highlights the statistics associated with the diamond on the forest plot. The ‘subtotal’ is what it says on the tin. It tells you the total number of participants in the treatment and control groups across all the individual studies as well as the averaged statistic and 95% confidence interval. It’s useful to look at this line of numbers and the diamond when drawing conclusions for your meta-analysis/systematic review.

Part 5: Heterogeneity of the papers.

The final part of analysing a forest plot is about looking at something called ‘heterogeneity.’ Ideally, if different trials are testing the same thing, the effects of the intervention/exposure should be consistent across all the studies. Unfortunately, this is rarely the case. Many things can affect the results of a trial, such as researcher bias or problems with data collection [2].

So, in addition to analysing the study results, systematic reviews or meta-analyses are designed to ask a question. If these studies are all testing the same intervention, why don’t they get the same results? Are the differences caused by chance, or is there something else involved? If it is chance, then we have nothing to worry about. If the differences are not the result of chance, then we need to be cautious in how we interpret the results. To make it easy to assess the consistency of the papers analysed, a statistic called I2 is used (‘i-sqaured’). Figure 9. I spy with my little eye…something beginning with h…

As Figure 9 shows, the statistics related to heterogeneity are usually at the bottom of the chart. The rule of thumb is that you want the I2 to be less than 50%. Anything higher than that and the papers could be inconsistent due to some reason other than chance (which is bad!). For our example, thankfully, the I2 is 38%- not perfect but still within our target range. You will notice there are other statistics there like Chi2 and z. For the purposes of this tutorial, the I2 is the most useful in interpreting a forest plot.

Hopefully, going through a forest plot from start to finish has helped you understand what makes forest plots tick. I would really encourage you to scroll to the top and look at Figure 1 which doesn’t have any annotations on it and work through the 5 steps we have gone through.

To summarise what we have covered:

Make sense? I hope so! If you want another example to work through, have a look at Figure 10- a forest plot from the paper Figure 1 is from. What is the significance of the Cochrane Review I hinted at the start you might wonder?

Well, if you have ever seen the Cochrane Collaboration logo, you might recognise the horizontal lines and diamond.

Part 2 ANSWERS: DONT LOOK UNTIL YOU HAVE HAD A GO!

So, how did that go? What you should hopefully have found is:

The featured image in this blog has been retrieved from: en.wikipedia.org and is free to re-use.

No Comments on Tutorial: How to read a forest plot