Strengthening of hip and core muscle vs. knee muscles for treatment of patellofemoral pain 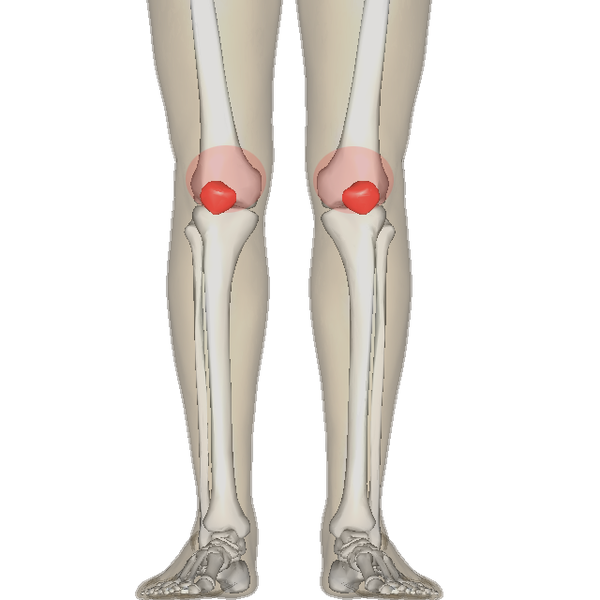 This blog is a critical appraisal of a multi-centre randomized controlled trial asking what’s more effective in the treatment of patellofemoral (knee) pain: strengthening the hip and core muscles or strengthening the knee muscles?

Patellofemoral pain (PFP) can be characterised by an aching type of pain and often stiffness of the peripatellar area (i.e. pain in the front of the knee; Ferber et al, 2015). PFP is an idiopathic condition meaning its onset is insidious; coming on in a gradual manner. PFP has also been called “runner’s knee” because it is common in athletes and people whose chosen form of exercise is running. However PFP has also been known to be exacerbated by other physical activity such as jumping or even everyday activities such climbing stairs, having a considerable adverse effect on the individual’s quality of life.

Typically, the usual treatment of PFP is physiotherapy to strengthen the quadriceps muscles. Ferber et al. (2015) carried out a randomised controlled trial (RCT) comparing the outcomes of individuals with PFP who have been randomly allocated to either a hip- and core-focused or a quadriceps-focused rehabilitation protocol.

How and what they did: This study was a single blind RCT in which 199 participants were randomly divided into two groups. The interventions studied were strengthening of the hip muscles and core endurance compared with general quadriceps strengthening.

The primary outcome measures of interest were self-reported worst pain in the previous week and self-reported physical function. Pain was measured using the Visual Analog Scale (VAS). The VAS is a self-reporting tool used to measure the level of PFP the patients experience. Patients were asked to score their pain on a scale of 0 (indicating no pain) to 10 (indicating the worst pain). On the VAS, the researchers chose to measure ‘‘worst’’ pain rather than ‘‘usual’’ pain because Crossley et al (2004) suggested this is a more reliable measure. Physical function was measured using the Anterior Knee Pain Scale (AKPS). The AKPS is a self-administered questionnaire with 13 weighted questions regarding knee function. It’s used to measure the patient’s functional activity level. A score of 100 indicates the patient has no disability, so if the patient’s score increases then this indicates improved function.

The secondary variables of interest were muscle-strength measures. The study measured force output of muscles including the hip-abductor and extensor. The front-plank and side-bridge exercises and horizontal-extension test were used to assess core endurance. The outcome data was collected at baseline, throughout each week of rehabilitation, and after the 6-week protocol.

Following the 6 week rehabilitation protocols, compared with the recorded baseline, both VAS and AKPS improved in both the quadriceps-specific and hip and core groups.

For the primary outcomes, 157 patients out of 199 reported the treatment was successful in the resolution of symptoms based on the priori definition. Broken down, 80.2% of patients who underwent the hip and core protocol reported success and 77% of patients who followed the quadriceps protocol reported success. Notably, patients following the hip and core protocol experienced significant reduction in self-reported pain at week 3 of rehabilitation, whereas patients following the general quadriceps rehabilitation experienced this reduction at week 4.

For the secondary outcomes, both rehabilitation groups experienced an increase in strength. However, patients involved in the hip and core rehabilitation protocol had greater increases in hip abductor and hip extensor force output as well as exhibiting greater improvements in core endurance.

These results can inform clinical practice as they show that both treatment interventions were effective in treating PFP.

The CASP RCT tool will be used to guide the critical appraisal of this study. This study had a clear focus in terms of the population studied, intervention given and outcomes measured.

If I were to repeat this research study, I would conduct the study on a wider population, including patients in the UK. I would also include a control group (including, for example, patients on a waiting list to receive rehabilitation).

The results from this study show that both rehabilitation protocols (strengthening of quadriceps and strengthening of hip and core muscles) improved function and strength as well as reducing pain. Patients involved in the hip and core rehabilitation protocol had greater increases in hip abductor and extensor force output along with improvements in core endurance, suggesting that incorporating this alongside a standard quadriceps protocol could improve patient outcomes in clinical practice.