Does treatment setting affect reduction of symptoms and remission rates for people with eating disorders? 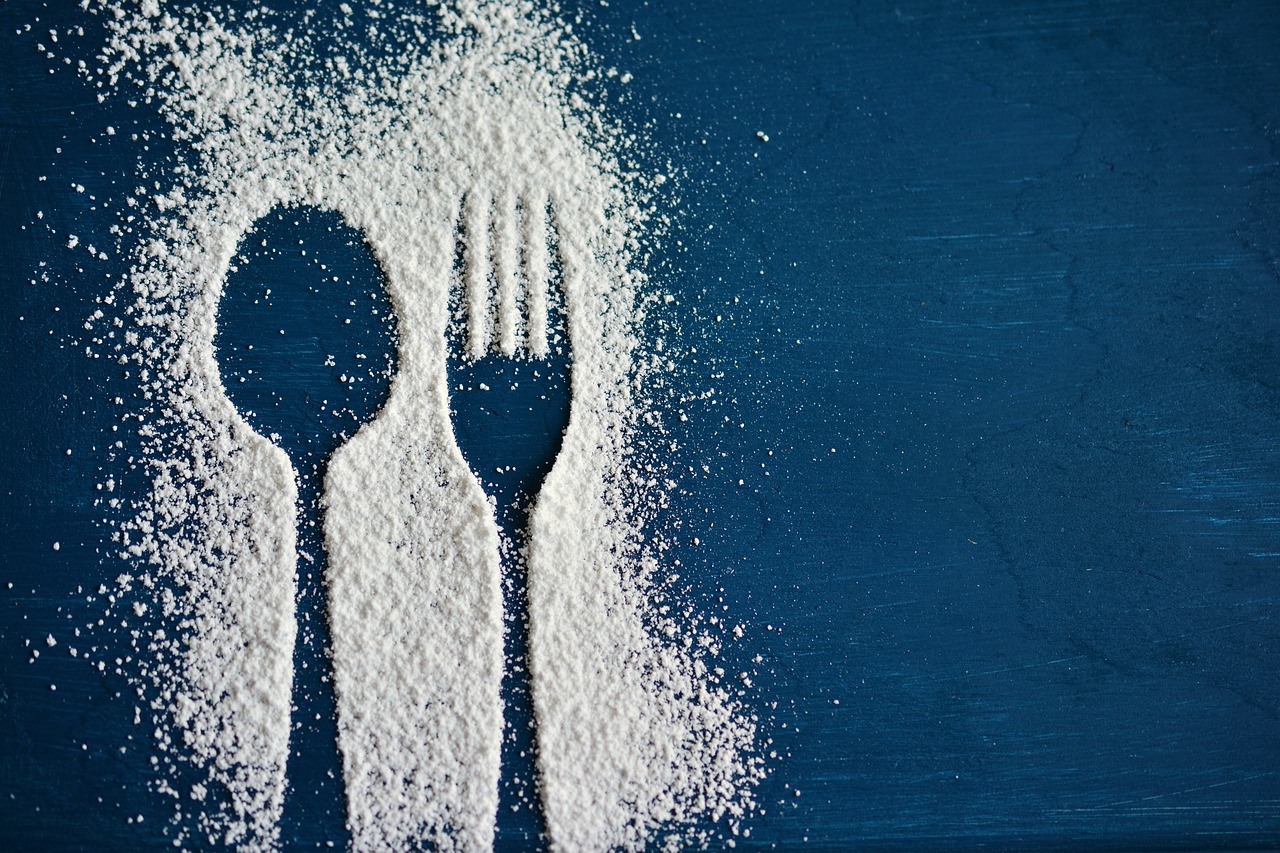 What are eating disorders?

AN DSM criteria include restriction of calorie intake, fear of weight gain and disturbance in the way someone experiences their body. Severity is specified as mild, moderate, severe or extreme based on the BMI of the individual (APA, 2015).

BN DSM criteria include recurrent episodes of binge eating, a lack of control of the amount the individual is eating, and consuming an amount of food that is larger than the average but in a similar time frame. Binge eating episodes are associated with 3 or more of the following: eating more rapidly than normal until overly full, consuming large amounts of food when not feeling hungry, eating alone because of embarrassment associated with how much an individual is eating, feeling disgusted with oneself, or feeling guilty or depressed after the binge episode. The person feels marked distress because of binge eating.  This behaviour is also accompanied by recurrent compensatory behaviour to prevent weight gain such as vomiting, misuse of laxatives and excessive exercise. The individual’s self-evaluation is excessively influenced by their weight and body shape. BN is characterised as mild, moderate, severe or extreme based on the number of compensatory behaviours exhibited per week (APA, 2015).

BED DSM criteria include recurrent episodes of binge eating like those seen in BN; however, there is an absence of compensatory behaviours. Binge eating episodes are associated with 3 or more of the following: eating more rapidly than normal until overly full, consuming large amounts of food when not feeling hungry, eating alone because of embarrassment associated with how much an individual is eating, feeling disgusted with oneself, or feeling guilty or depressed after the binge episode. The person feels marked distress because of binge eating and the episodes do not occur exclusively during AN or BN. BED is characterised as mild, moderate, severe or extreme dependence on the number of occurrences of binge eating in a week (APA, 2015).

In 2016 AN was reported by <1–4%, BN <1–2%, BED <1–4% of women. 0.3–0.7% of men report eating disorders. The incidence of BN may be declining but appears stable for AN. Though the number of people receiving treatment has increased, only one third (approximately) is detected by healthcare providers (Keski-Rahkonen & Mustelin, 2016). More than 70% of people with ED experience comorbid disorders; anxiety disorders (>50%), mood disorders (>40%), self-harm (>20%), and substance use (>10%) are common and some people experience longstanding physical problems. The medical complications can include cardiac problems, osteopenia, and infertility. The risk of suicide is elevated for those experiencing ED (Keski-Rahkonen & Mustelin, 2016).

Clinical practice guideline recommendations vary with regard to the treatment for ED depending on the age, severity and symptoms of the person with an ED. Generally, AN requires inpatient treatment, whereas BN and other ED’s do not, unless complications such as a high risk of suicide are present (NICE, 2004).

Inpatient treatment is usually delivered by a multidisciplinary team and includes individual and group psychotherapy, nutrition counselling, supervised meals and medical care. Partial inpatient treatment is essentially the same but does not require the person receiving treatment to stay overnight and consequently complete supervision of meals is not part of the treatment. Inpatient and partial inpatient care have the benefit of being more intensive with quick response from staff in times of emergency and more frequent therapy sessions. It is possible that the increase in psychological support leads to increased adherence to meal plans, although the mechanisms involved in this are not clear. On the other hand, the intensive supervision can cause increased stress for the person undergoing treatment in these care settings. Partial inpatient care can support the individual in maintaining the social parts of their lives whilst receiving the more intensive care that is associated with inpatient care.

Outpatient treatment is less frequent and is less likely to be delivered by a multidisciplinary team; it can be a single therapist, such as a psychologist. Outpatient care is more effective in terms of cost and time and this type of approach can preserve some of the individual’s autonomy. It can be more collaborative and may have less stigma associated with it. Being an outpatient helps the individual to maintain social activities and work commitments throughout their treatment.

There are few studies examining the benefits and harms of treatment settings for the treatment of ED and those that are available concentrate mainly on AN and show weak evidence. The prevalence of ED and the uncertainty surrounding the effectiveness of different treatment settings make the current review conducted by Hay, Touyz, Claudino, Lujic, Smith, & Madden, (2019) crucial.

The discussion must foremost address the problematic nature of ED diagnosis. The participants in the current review ranged from 93% to 100% female, which could reflect the use of a diagnostic classification scheme that was developed based on stereotypical female presentations. This may not be appropriate for detecting ED in males as male disordered eating is often dissimilar to female disordered eating.

A key difference is that body dissatisfaction in males is typically characterised by a drive for muscularity rather than a desire to be thin (Pope, Phillips, Olivardia, 2002). Behaviours such as the use of steroids to increase muscle mass rather than restricting food to decrease weight are more common in the pursuit of muscularity. In DSM-V, ‘muscle dysmorphia’ as these behaviours would be known, is categorised as a subtype of body dysmorphic disorder within the ‘Obsessive Compulsive and Related Disorders’ category. This means that individuals with the same symptom profile are given different diagnoses depending on their gender and symptom polarity (Murray, Griffiths & Mond, 2016). Less than 1% of research on AN is conducted on males and the population prevalence of ED in males far outweighs the treated prevalence (Pope, Phillips, Olivardia, 2002).

Taken as a whole this suggests that either males are less likely to seek help for ED or ED in males are unlikely to be detected by health professionals, or perhaps both (Murray, Griffiths & Mond, 2016). Similarly, most individuals with BED are overweight or obese, and as a result they often seek treatment for weight loss rather than for the ED (Flament, Bissada & Spettigue, 2012). As only one third of ED are detected by healthcare providers (Keski-Rahkonen & Mustelin, 2016) this is undoubtedly an area in need of attention.

The sample sizes of the included trials were small ranging from 82 (Madden, 2014) to 172 participants (Herpertz-Dahlmann, 2014) and the age range varies. Of the AN trials, three included adolescents aged 12-18 (Gowers, 2010; Herpertz-Dahlmann, 2014; Madden, 2014) and one included adult participants (Crisp, 1991). The participants for the only included BN trial were adults (Zeeck, 2009).  Trials for AN (4) outnumbered those for BN (1) and other ED’s such as BED were not represented. As first line treatment and treatment setting vary considerably depending on the age and symptoms of the person presenting with an ED, it may not be appropriate to combine adolescents and adults, AN and BN all in the same review.

The few included trials were all based in high-income countries with individualistic values: United Kingdom (Crisp, 1991; Gowers, 2010), Germany (Herpertz-Dahlmann, 2014; Zeeck, 2009) and Australia (Madden, 2014). This means that there can be no conclusions drawn about the relevance of the findings of the review in low-income countries or countries with different social systems, beliefs and attitudes towards ED.

Quality of life, as a secondary outcome, was not measured by any of the trials. Some trials included a measurement of depression using a depression scale, but no differences were found between settings in terms of depression scores. This could be interpreted to mean that regardless of treatment setting, the psychiatric symptoms of eating disorders are not being adequately addressed. Furthermore, the psychiatric outcomes of treatment are not considered in the design of clinical trials to the same degree as outcomes such as weight gain, absence of perceived binge-eating or remission rate.

In terms of what is important to the individual receiving treatment, perhaps it would be more useful to know which treatment setting has the best impact on quality of life. This is something that should be considered for future trials.

Feature Image by congerdesign from Pixabay