Physiotherapy in patients with clinical signs of shoulder impingement syndrome: a critical appraisal 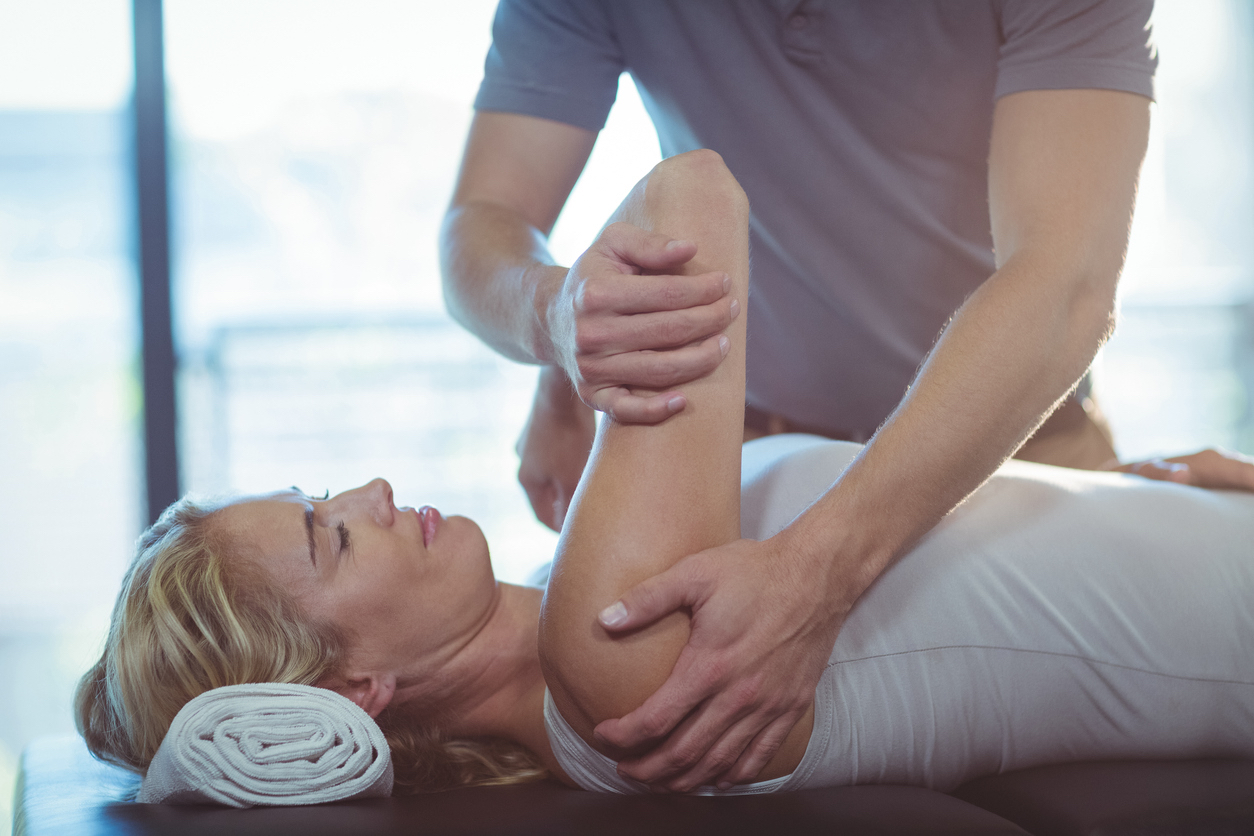 Shoulder impingement syndrome (SIS) affects the shoulder, causing a narrowing of the sub-acromial space (Gartsman et al. 1998). Pain is present when arms are lifted overhead beyond a certain point, and is typically described as catching with a pain arc (Conroy and Hayes 1998). SIS is normally treated with exercises to increase flexibility, muscle strength, and coordination of the shoulder girdle and rotator cuff muscles (Habermeyer et al. 2006). Debate as to whether manual physiotherapy interventions, used alongside exercises, would show improved recovery results was investigated in a randomized control trial study in 2013 (Kromer et al.).

The purpose of the study was to determine the effects of physiotherapy exercises combined with manual physiotherapy, compared to exercises alone, when treating SIS. 90 participants were randomly allocated; 46 to the intervention group and 44 to the control group. The intervention group was treated with individualized manual physiotherapy (IMPT) and individual adapted exercises treatment (IAEX). The control group was treated only with (IAEX). 10 treatment sessions were given to each group over a 5-week period, followed by exercise for 7 weeks at home. Results were recorded at 5 and 12 weeks into the study, and compared with baseline measures. The primary outcome measures were the shoulder pain and disability index (SPADI), and the Patient’s Global Impression of Change (PGIC). The secondary outcome measures were the Generic Patient-Specific Scale (GPSS), and the mean weekly pain score and Patients’ Satisfaction with Treatment (PST). It was not possible to blind patients from outcomes, but patients were blinded to the allocation of study group. Physiotherapists in the control group were blinded to the outcome measures.

Significant improvements were recorded  for both groups between start and finish on the mean pain level and SPADI. No significant difference was observed between either group for primary and secondary outcome measures at any point. Slight improvement was noticed in the intervention group at week 5, but the data still shows (p>0.05), which is not considered significant and may be due to chance.

Weaknesses and strengths of the study?

The study provides details of the outcome measures, the interventions carried out, and population. The intervention and comparator groups were appropriate for the study, and clearly addressed the issue of whether IMPT is beneficial when used alongside IAEX in SIS. 90 participants, being a small sample, could be seen as a weakness in the study.

Sex of the participants was distributed roughly even between each group, with the intervention group consisting of 47.8% female, the control group consisting of 54.5% female, and an overall 51.1% female across both groups. The mean age between the intervention and control groups was similar at 50.1 and 53.7 respectively. Amongst the demographics age breakdown, workload, hours per week, and body mass index, were also similarly distributed. However, only 2 participants were aged between 18-29, both assigned to the intervention group, which does not show an accurate representation amongst this demographic.

The baseline measures from FABQ, and SPADI across both groups were similar, indicating neither group was more severely affected, showing a level playing field for treatment. Although the outcome measures are based on these questionnaires, in addition to the PGIC and GPSS, they are fairly subjective. Such questionnaires are commonly relied upon in clinical practice, and considered valid (Michener et al. 2015). Due to sickness of a physiotherapist in the control group, 2 control group patients had to be supervised by a physiotherapist from the intervention group for half of their sessions. All physiotherapists were blinded to measures of outcome, which increases validity.

Range of motion was not recorded; it was taken in a previous study (Conroy and Hayes 1998), but would have been useful to measure differences. The clinical importance of this is that it could have been objectively measured, with a goniometer, as opposed to the subjective questionnaire, which could improve validity (Habermeyer et al. 2006).

Due to the small sample, and discrepancy of the 18-29 demographic, it would be questionable applying these results to the general population. Other medical treatment confounders were not controlled; 2 participants received non-steroidal anti-inflammatory drugs, 2 paid for massages, 1 received electrotherapy elsewhere, and crucially 5 participants from the intervention group received cortisone injections. This raises concerns about the validity, considering the extent of probable pain reduction in a significant number of participants, unbalancing the groups (Kromer et al. 2013). However, these individuals’ data were recorded, and individual results looked at which showed mean SPADI improvement of 10.7 contrasted with the total group 15.3.

Due to the study sample, further research is needed with a bigger sample size, and more participants in the 18-29 age demographic. Further research is required before it can be recommended that IMPT be combined with IAEX when treating SIS in the wider population.

IAEX exercises were unquestionably effective in treating SIS. IMPT combined with IAEX was only beneficial at week 5 to improve mean pain; however, results were not statistically significant nor did the trend continue to week 12. Considering the additional time, and practise, required to combine IMPT it may be not worthwhile implementing this practice until any benefit is confirmed.