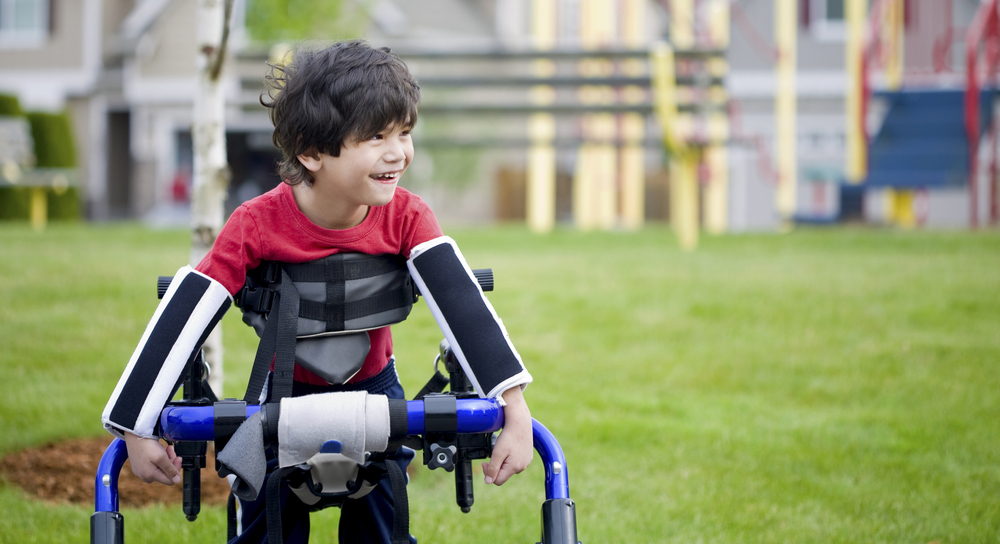 My main area of interest after graduation from Physical Therapy school is to work with children, but having limited experience with this population, I wanted to scope out the research to find most effective ways to improve gait kinematics of those with disabilities.  My investigation focused around children with cerebral palsy (CP) since it’s one of the most prominent disabilities starting at an early age.  This led me to find an interesting study researching the effects of strength training on improving gait kinematics in children with CP, and below, is my appraisal of this article.

A prominent feature of children with cerebral palsy is ambulating in a crouched gait pattern, consisting of excessive hip flexion, knee flexion, and hip internal rotation secondary to spasticity.  It is important for these children to obtain an upright position in order to reduce the spasticity and contractures.  The current research also suggests that the excessive hip and knee flexion during a crouched gait can be enhanced by lower extremity extensor weakness, such as the gluteus maximus.  Therefore, there is reason to believe that strengthening the lower extremity muscle extensors can improve the excessive hip flexion, hip internal rotation, and knee flexion for an overall improvement ambulation, function, and quality of life.  However, the current research also displays inconsistencies on the effectiveness of this rationale.  The primary goal of this article was to determine the results of an 8 week progressive strength training program on hip and knee angles during gait in individuals with spastic diplegia CP.

There were 8 individuals with spastic diplegia CP, ranging from 5 to 13 years old, who participated in the 8 week progressive resistance training program.  The program was adjusted the intensity and difficulty based on the individuals needs.  Outcome measurements were taken before and after the program, which included: 3-D gait analysis, isokinetic strength assessment of hip and knee extensors, quality of life using the PedsQL 3.0 Cerebral Palsy Module, spasticity using the Ashworth scale, and range of motion of the hip, knee, and ankle.  There was one child in the study who had notable improvement in gait kinematics with improved knee extension, hip extension, and hip rotation angles.  This child participated in the 3-D gait analysis after the program in order for the researchers to gain some insight on why the child had improved.  Their results demonstrated significant increases in left hip extensors, and lack of significance in the other extensor muscle groups.  There were also inconsistencies in gait kinematics, with only two children showing improvement in hip and knee extension during stance while the other six children actually had worse knee flexion during stance after the 8 week program.  Finally, gait speed, stride length, cadence, spasticity, and quality of life showed no improvement after the study.  Overall their findings did not support their hypothesis.

Overall, the authors did a great job presenting their research, but their study does present several limitations.  Their introduction provides sufficient background information on the issue, displaying controversies and theories of why strength training should improve gait kinematics.  They also clearly state their purpose and hypothesis at the end of the section.  For the most part, the methods of this research design are reproducible.  However, the description of the 3-D gait simulation was very difficult to understand and I found myself rereading that section several times before getting a clearer picture of how they utilized it.  Also, one might not be able to use a 3-D gait simulation due to its high cost.  The use of the isokinetic assessment allows for decreased subjectiveity, but the authors state that they had placed 15 markers on the individuals’ lower extremities throughout this assessment without the explanation of where exactly those markers were placed.  There was one child in the study who had notable improvement in gait kinematics with improved knee extension, hip extension, and hip rotation angles.  This child participated in the 3-D gait analysis after the program in order for the researchers to gain some insight on why the child had improved.  A goniometer was used during the physical examination of the children to measure range of motion, creating an increase in subjectivity.  Another issue is that the subject pool was a very small sample size, which could have contributed to the outcomes.   Their results section was easy to understand with clear charts and graphs to demonstrate outcomes of the participants.  But, they did use vague terms, such as “some” or “many,” instead of informing the readers the exact number which lessens the professionalism of the article.  On the plus side, the authors wrap up the article very nicely, being consistent with their findings and discussing their own limitations and theories of why strength training did not provide significant improvements in gait kinematics in children with CP.

The take home message is that the effects of strength training on improving crouch gait in children with spastic diplegia CP remains variable and continues to not be well understood as to why some children improve and why some do not.

This will affect my future clinical practice because I will not solely rely on strength training to improve a child’s crouched gait, and I will have to incorporate other treatments in order to reach my desired outcome.

I am a 3rd year Doctor of Physical Therapy student at Elon University interested in pediatrics and manual physical therapy. I enjoy traveling, reading, and being active. View more posts from Kaylor