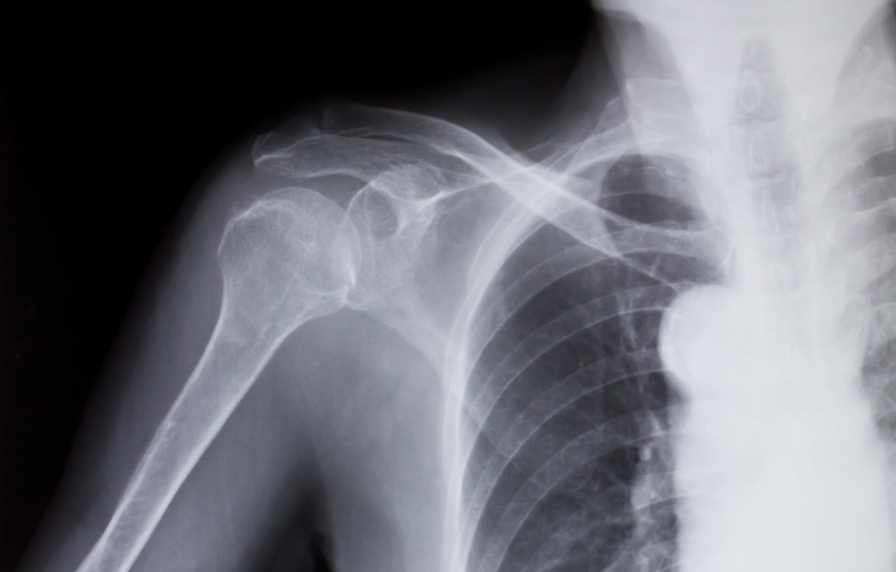 Shoulder impingement is a very common and potentially debilitating injury occurring in individuals ranging from young athletes to the elderly.  It can be classified as Stage 1: acute inflammation with corresponding tendonitis or bursitis, Stage 2: chronic inflammation with or without degeneration and Stage 3: full rupture of a rotator cuff muscle.  Prior to reaching Stage 3, there are two main forms of treatment for shoulder impingement, physical therapy to strengthen and stabilize the surrounding musculature or arthroscopic surgery, often involving shoulder decompression followed by extended rehabilitation. The study examined 90 patients (84 completed the study, including all follow-ups) between the ages of 18 and 55 with a history of shoulder pain lasting between 6 months and 3 years.  To qualify for the study, in addition to shoulder pain, the patients demonstrated a positive Hawkins-Kennedy sign, demonstrated a painful arc in abduction and had relief of all pain within fifteen minutes of anesthetic injection into their subacromial space.  The patients were split into a surgical group (n = 41) and a non-surgical intervention group (n = 43).  The surgical group was given a home exercise progression (HEP) to follow by a Physical Therapist that progressed from light movement to light exercise and instructed to follow up in 6-8 weeks.  Meanwhile, the non-surgical group was progressed through a 12 week physical therapy regimen involving soft tissue mobilization, hot/cold therapy and strengthening exercises as well as an HEP.  The outcome measures were as follows:

The study found that there were no significant differences between the groups in all outcome measures and that both groups progressed and healed similarly throughout the follow-up process. The surgical group’s MCS improved from 33.7 to 52.7 and the non-surgical group improved from 34.8 to 57.0.  Both groups showed the greatest improvements over the first three months of rehabilitation.

This study demonstrated that, while it is often recommended, surgery is not necessarily any more effective than a conservative physical therapy regimen for treating subacromial impingement.  The latter is often far more cost effective for the patient and should be seriously considered before opting for surgical intervention.

I am a 3rd year DPT Student at Elon University. I completed my undergraduate degree in exercise science at Furman University. My goal is to apply Physical Therapy to improving patient wellness through weight loss, smoking cessation, diet modificaiton and exercise initiation. View more posts from Jeremy

No Comments on Surgery or physical therapy for Subacromial Impingement

Yousif examines the HIP ATTACK trial, appraises the primary composite endpoint, verifies the assessment and then thinks of ways to interpret the result.