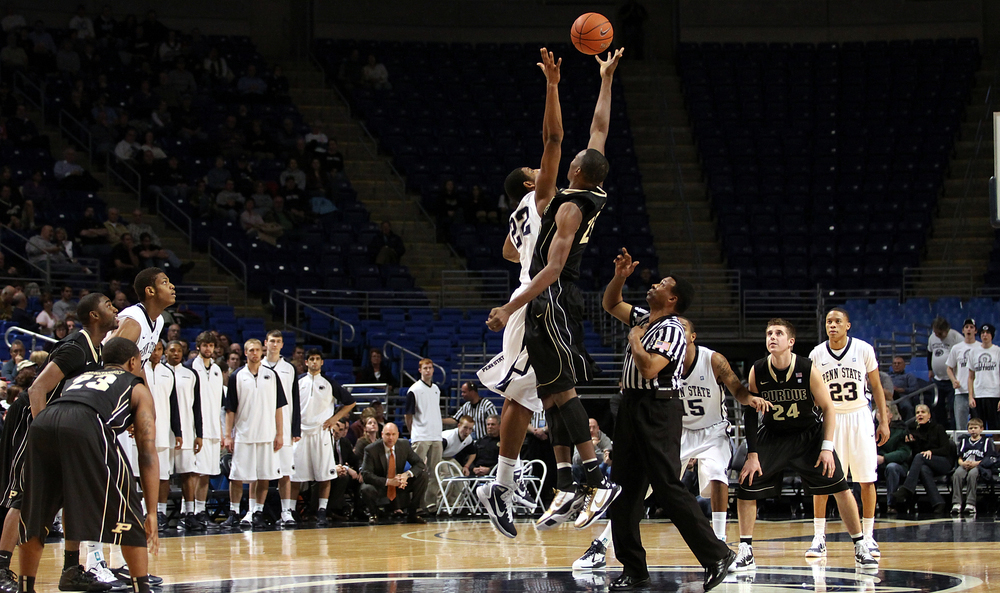 Anterior shoulder instability is a common injury among athletes, especially those in their early 20s. Many athletes who suffer this type of injury are involved in competitive sports. Around 75% of these instability episodes occur with the arm being forced backward while in the “high-five” position. Symptoms of anterior shoulder instability include pain (especially with overhead reaching), tenderness, loss of strength and function, and clicking or popping with shoulder movement. I personally have been involved in competitive sports such as basketball and have experienced such symptoms. Most conservative treatment approaches for this injury include a period of immobilization and rest, along with physical therapy (PT), before return to activity. However, there is a high reoccurrence rate that occurs in younger athletes. The purpose of this study was to find out if in-season athletes could return to their sport efficiently and effectively after non-operative treatment (PT and bracing) for anterior shoulder instability. The sports included in the study were basketball, football, ice hockey, wrestling, downhill skiing, and gymnastics. The study was conducted over a two-year period and included 30 athletes (19 experiencing anterior instability; 11 experiencing subluxations). The average age of the subject population was 16.5 years, and all were involved in competitive varsity sports at either the high school or college level. Following the instability injury, no period of immobilization was given. Each athlete missed an average of 10.5 days of their season. Each received a course of PT if they demonstrated lack of functional range of motion (ROM) and a shoulder strength manual muscle test (MMT) of 4+ or less. Treatment included ROM exercises using a wand, as well as strengthening of the rotator cuff and periscapular muscles using free weights of less than one pound for up to 40 repetitions. Athletes were returned to their sport once they demonstrated functional ROM needed for full sport participation and symmetrical strength bilaterally. Non-overhead throwing athletes were fitted with a Duke Wyre brace, and overhead throwing athletes were fitted with a Sully brace, if allowed by their sport. Each athlete was followed for the rest of their season by telephone or clinic visits.

Of the 30 subjects involved, 26 were able to return to play at a competitive level in their sport and finish their season following conservative treatment. Of these 26 athletes, 10 experienced at least one sport-related recurrent episode of anterior instability. All of the recurrences of anterior instability occurred in those playing either ice hockey or football. The three subjects who did not return to their sport in-season immediately underwent surgery after seeking a second opinion. Of those who returned to complete their seasons, 12 chose to have surgery after the season concluded.

This study is an adequate beginning point for assessing the ability of athletes to return to sport in-season, without having to abruptly end their season secondary to surgery. However, this study did not have adequate sample sizes for each sport, in order to effectively assess the impact of treatment on any one particular type of athlete. This study also did not specify their protocol for physical therapy treatment, such as number of exercise repetitions, sets, or duration of treatment. Also, the authors also did not indicate what they considered to be “functional” ROM, when choosing to allow a patient to return to sport. Furthermore, no differentiation was made between shoulder dislocation and subluxation when compiling the data for the study. Therefore, lots of variables were present in this study, making it somewhat difficult to generalize these findings to any one specific athletic population.

Further research is definitely needed in this area, focusing on larger sample sizes for specific sporting events. It appears that the conservative approach can be effective for certain types of athletes. As a PT, I would advise my patient to initially seek conservative treatment for anterior shoulder instability before considering the surgical route. However, if the shoulder instability was severe enough to place the athlete at risk of permanent damage, or if the patient was involved in a sport associated with increased injury risk, such as ice hockey or football; I would recommend the surgical option.

My name is Aron Lippard, and I am a third year Doctor of Physical Therapy student at Elon University. I also attended Montreat College and graduated with a B.S. degree in Biology. I am interested in orthopedic PT and helping patients improve their lives in many more ways than just physically. View more posts from Aron

No Comments on Is non-operative management of anterior shoulder instability effective in returning in-season athletes to sport?

Yousif examines the HIP ATTACK trial, appraises the primary composite endpoint, verifies the assessment and then thinks of ways to interpret the result.