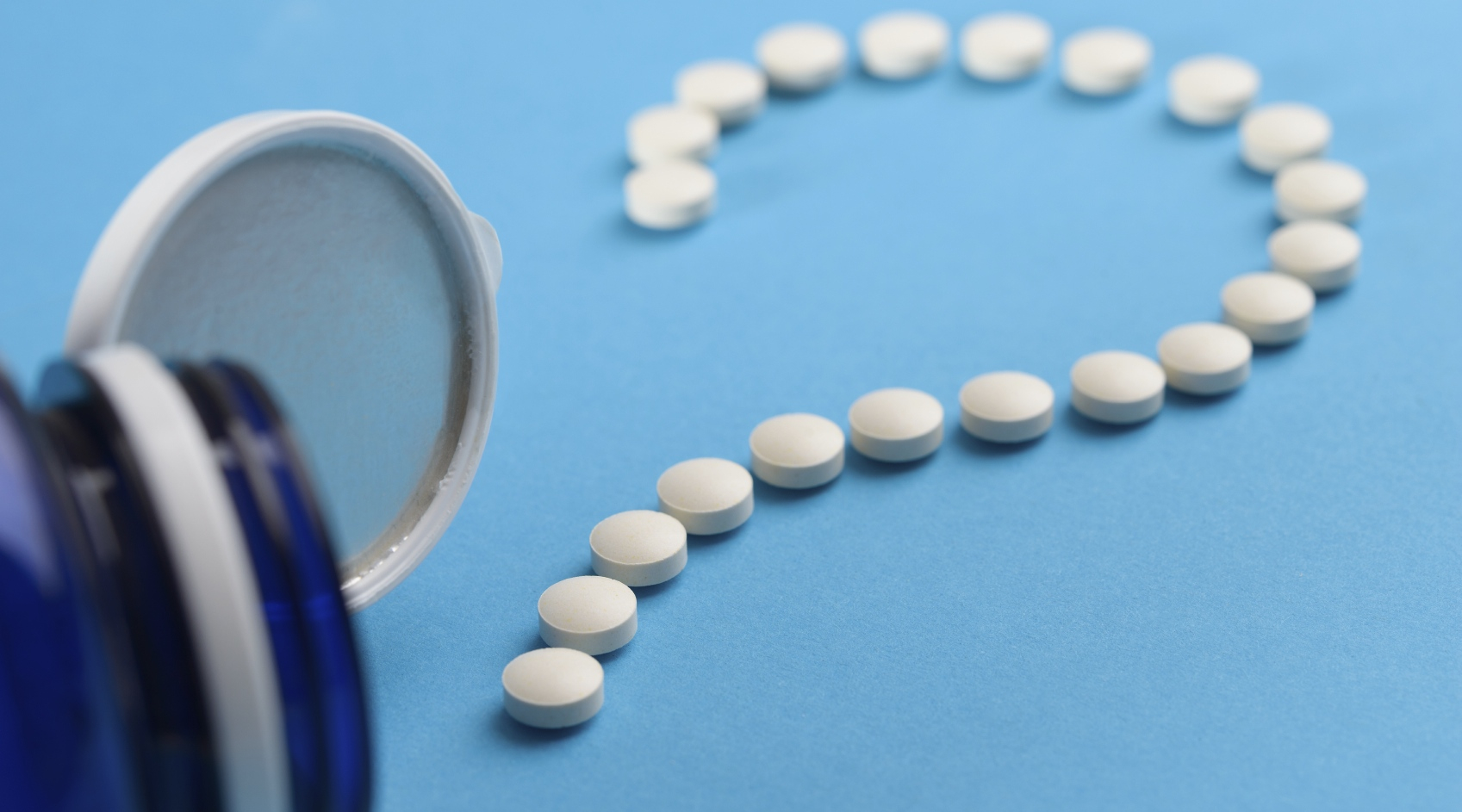 This blog is a critical appraisal of the following randomized controlled trial: Guekht A. et al (2017). ARTEMIDA Trial (A Randomized Trial of Efficacy, 12 Months International Double-Blind Actovegin): A Randomized Controlled Trial to Assess the Efficacy of Actovegin in Poststroke Cognitive Impairment.

I wonder if you have ever heard about Actovegin, because it is rarely used outside the post-Soviet countries and China. You may have heard of the scandal with a famous cyclist, Lance Armstrong, who was banned for doping, which included the use of Actovegin as well as other agents.  Although it doesn’t justify his usage, the performance-boosting effect of Actovegin, and indeed any other effects or usage, have not been proven by any well-designed, or otherwise, experiments or trials.

Nevertheless, it is a popular medication in Russia, Ukraine and Belarus, and is used primarily in patients with neurological conditions, particularly stroke. Actovegin is a deproteinized pyrogen- and antigen-free hemodialysate manufactured from calf blood by ultrafiltration, and is produced by Takeda Pharmaceutical Company/Nycomed. The manufacturer states it to have antioxidative, repairing, neuroprotective and cognitive boosting properties, and recommends it for treatment of cerebrovascular diseases, peripheral vascular diseases and diabetic polyneuropathy.

Actovegin was released without any clinical trials, and so far there are only a few randomized controlled trials (RCT) on its effect for acute oral mucositis after a chemoradiotherapy, diabetic neuropathy in type 2 diabetes patients and organic brain syndrome, which had certain methodological flaws. Older trials published before 2000 are also of questionable quality.

The ARTEMIDA trial (2015) assessed efficacy of Actovegin in poststroke cognitive impairment. ARTEMIDA was a first major multi-centre Actovegin trial to be conducted, and it was published in May 2017 in “Stroke”, which is a very authoritative journal of American Heart Association.

It is a shame I have only recently heard of this trial, because the popularity of this drug, despite absence of a strong evidence base, strikes me.  I am very curious to know if it is truly effective at least for something. Would you ever allow someone to administer you a substance intravenously with unknown composition and unknown effectiveness stated to be “calf hemodyalizate”, even “highly purified”? To say honestly, I wouldn’t :)

The study aimed to ask if Actovegin could improve cognitive function in patients with acute ischemic stroke.

The participants were the patients with a diagnosis of acute (less than 1 week from onset) supratentorial stroke aged more than 60 years (including) and having NIHHS score of 3-18, who were screened against exclusion criteria and proved to be eligible. The patients were randomized to receive intravenous Actovegin 2000 mg daily for ≤20 infusions followed by 1200 mg/d orally up to 6 months, or a placebo.

The primary outcome was the change in Alzheimer’s Disease Assessment Scale, cognitive subscale, extended version (ADAScog+) at 6 months. The secondary outcomes were the change in ADAScog+ at 3 and 12 months, change from baseline in Montreal Cognitive Assessment (MoCA) and the NIHSS during screening, 3, 6, 12 months, and at the end of the infusion period; the Beck Depression Inventory (BDI-II) at 3, 6, and 12 months; the Barthel Index at 6 months; and the EuroQoL EQ-5D questionnaire at 6 and 12 months.

There were 2 patients from the placebo group who, after unblinding, were found to have received Actovegin. They were included as randomized for the intention-to-treat analysis and as treated in the adverse effects analysis. 71 patients also had at least 1 protocol deviation.

At month 6, the primary endpoint, the Actovegin group showed more improvement than the placebo group in ADAScog+ scoring (the least squares mean change from baseline −6.8 for Actovegin and −4.6 for placebo; the estimated treatment difference −2.3 [95% confidence interval, −3.9, −0.7; P=0.005]).

As for the secondary endpoints, ADAScog+ score at the 3rd month didn’t reach statistical significance, but at month 12, the mean change in scoring increased even more for Actovegin group (-8.2 vs. -4.5 in placebo group). There were more “responders” (patients who reached more or equal to 4-point improvement) in the Actovegin group (62.5% vs. 52.3% in the placebo group). MoCA improvement difference was small (0.7 at months 3 and 6 and 1.0 at month 12), but statistically significant. There were no statistically significant differences in other secondary outcome measures.

The most frequent adverse effect was a recurrent ischemic stroke, but researchers found no statistical significance in stroke reoccurrence between groups.

What were the strengths and weaknesses of this study?

Let us now see how well was the study conducted. The Critical Appraisal Skills Programme (CASP) RCT tool was used for guidance.

So, it was a large multicentre trial with a large amount of participants. As mentioned, there was no difference between the groups in terms of participants’ age, gender, medical history and smoking.

Besides the inclusion criteria listed above in the “Study” section, there were some additional inclusion criteria. Among them was a bit of a confusing one: patients “were conscious and considered legally competent, but had symptoms or signs indicating cognitive impairment according to the investigator’s opinion”. I think such a subjective approach could bring bias in the selection process. Although it could be diminished by subsequent objective testing with the Montreal Cognitive Assessment – patients should have scored 25 or less with adjustment for education level to be included in study – some participants who were eligible could be dropped before this point.

There were also many exclusion criteria, such as diagnosis of dementia, history of psychotic disorder or major depression and a list of concomitant conditions. Among these criteria was also a list of prohibited medications – let’s look closer. “Peripheral vasodilators, amantadine derivatives, psychoanaleptics in entirety, with the exception of antidepressants, including …, parasympathomimetics, cholinesterase inhibitors, cholinesters, other parasympathomimetics, other compounds with effect on the nervous system, gangliosides and ganglioside derivatives, remaining compounds with effect on the nervous system, Cerebrolysin”.

What was meant by “other” and “remaining”? In my opinion, this is unnecessary extensiveness, which enhances the vagueness of the formulation even more. What drugs are prohibited during the study is unclear. Do, for example, H1-antagonists fall into this list? And why does Cerebrolysin (which is another drug without evidence for use, porcine brain extract that is considered to have neuroprotective effect) appear after the “remaining…” statement?

Formulation of intervention procedure also raises questions. People in the study group might receive an unequal total amount of drug during the study period. 1 and 19 are both less or equal to 20, and, according to such formulation, it is possible that some patients received only one injection while others got 19 or 20. Of course, the overall injectable part of the dose is less than the overall oral part of the dose, but it was administered in the early period when the ischemic cascade reaches its peak, the fate of penumbra zone is decided and the most devastating complications, such as hemorrhagic transformation and brain oedema, can occur.

Thus, I think it is a considerable flaw in the experimental design. It was not reported what the mean quantity of injections were in both groups.

Speaking of the outcome measures: ADAScog+ is designed and validated for assessing cognitive function in Alzheimer’s disease. In the study design article published by the authors in 2013 in Dementia and Geriatric Cognitive Disorders Extra journal, they admitted that the scale they intend to use is not validated in stroke, but still they “…considered it to be the most appropriate tool to assess cognition in both the acute and delayed period of stroke” .

By the way, the study design article is an open-access article published online on 14th December 2013. The study began, as the study article states, in June 2012, so 18-19 months passed before the design was published. The revision process before publishing may take a while, but I wonder if it can last for more than 1.5 years. Could it be the study design was sent to the journal after some patients reached 3, or even 6 months threshold, and preliminary conclusion on significance could be made? Who knows.

The primary outcome result was relatively prominent, considering that the mean baseline score was 29.4 (12.5) for intervention and 29.9 for the control group. The maximum score in ADAScog+ (indicating the worst possible result) is 70. Thus, there was on average 23% improvement in scoring in the Actovegin group in relation to average baseline score and 9.7% in relation to worst possible variant.

There were many protocol deviations, and 2 patients received incorrect kit – they were included as randomized for the intention-to-treat analysis and as treated in the adverse effects analysis.

The Study was funded by the manufacturer, Takeda. The Interactive Voice Response System–Interactive Web Response System was provided by Pharm-Olam International Ltd, an independent organisation which also managed data and performed statistical analysis with supervision of Takeda.

Despite the results obviously showing an advantage of Actovegin over placebo, I think it is too early to make final conclusions on its efficacy relying only on this study. Overall, it had good technical support and statistical processing, but there were flaws in terms of study process (deviations from protocol and delivery of incorrect kits), as well as a few unclear things about the study design. Finally, the study was funded and supervised by the manufacturer, which adds over 9000 to the bias score.

So, this paper didn’t convince me that calf blood [extract] is really beneficial when taken by people with stroke. What about you?

I am a Neurology Resident from Ukraine with additional interest in Genetics and Digital Health exploring realms of evidence-based medicine. Also, I volunteer for Cochrane as a translator, edit Wikipedia and share my knowledge through pop-science projects. In my free time, I draw, write poems, learn languages and programming. View more posts from Alina

No Comments on Actovegin use for poststroke cognitive impairment prevention: can purified calf blood help people with stroke?