A critical appraisal of spinal mobilization vs conventional physiotherapy in the management of chronic low back pain due to spinal disc degeneration: a randomized controlled trial 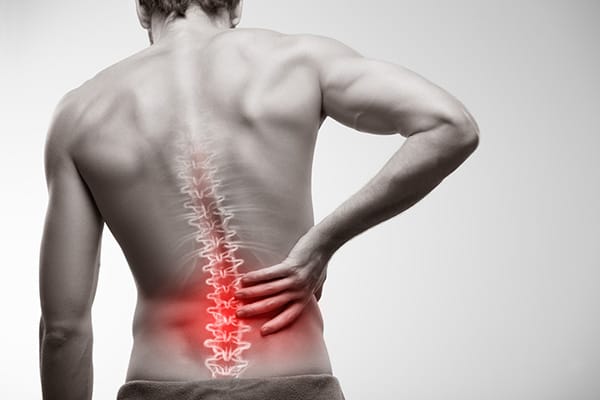 This blog is a critical appraisal of the following randomized controlled trial: Spinal mobilization vs conventional physiotherapy in the management of chronic low back pain due to spinal disk degeneration

Chronic Lower Back Pain (LBP) is a common problem affecting approximately 60-80% of the world’s population during their lifetime. In the UK, it is the most common cause of disability and number of days off work in young adults (Duthey, 2013).

At present, there is no definitive cure for chronic LBP due to insufficient evidence supporting any particular treatment modality (Krekoukias et al., 2016). As a result, a patient-centric approach aiming to enhance patient’s functionality and reduce pain has been the mainstay of treatment for chronic LBP.

The prognosis for chronic LBP, post-treatment, varies between patients and is scored based on disability scores. Those reporting lower disability and pain scores had better recovery rates than their counterparts (Costa et al., 2009).

The research article that will be discussed sought to determine the efficacy of spinal mobilisation on health outcomes in chronic LBP sufferers with disc degeneration.

75 subjects living with chronic LBP for longer than three months were recruited to this study. All of them met the inclusion criteria. They were randomly allocated to the Conventional Physiotherapy (CP) group, Spinal Mobilisation (SM) group and Sham Treatment (ST) group respectively. All received treatment from the same physiotherapist who was also in charge of data collection, thus blinding of the researcher was not carried out.

Altogether, there were five sessions of treatment lasting five weeks and outcome measures at final treatment were compared against the baseline. To explore the longer-term effects from the three groups, a 6-month follow-up after the final treatment was also included. There was no loss to follow-up observed during the trial and follow-up assessment, thus intention-to-treat analysis was not necessary.

In the CP group a series of static hamstring stretches, Swedish massage and Transcutaneous Electrical Nerve Stimulation (TENS) were applied at the lumbar region lasting a total of 40 minutes. No further treatment (i.e. a home exercise programme) was given. In the SM group, 10 minutes of passive physiological accessory movement and passive physiological intervertebral movement was delivered at the vertebral level that showed signs of disc degeneration. Finally in the ST group, a placebo skin-touch procedure on the lumbar region, with treatment duration similar to the SM group was given.

The study demonstrated a significant improvement in all clinical parameters post-treatment in the SM group and a positive correlation between the degree of disc degeneration and effects of SM on secondary outcomes. Further illustrated was the 6 month follow-up, where patients in the SM group showed the least need for further physiotherapy treatment versus the CP and ST groups.

In comparison to the ST group, the CP group had relatively higher clinical significance, with p<0.05 on the NPRS and Roland Morris questionnaires.

Results from this study will be appraised using the CASP RCT tool for its validity and usefulness relative to future clinical practice.

The study attempted to reduce noise in the data by randomly allocating participants through a computerised software to prevent selection bias. In order to reduce the possibility of generating an extreme clinical significance due to no-treatment, the control group received placebo treatment. This meant that all participants expected an outcome from the treatments hence any confounding variance observed between the intervention and placebo group is a result of real clinical benefit (Hrobjartsson et al., 2011). However, internal validity was compromised as the researcher took on a dual role as the lead physiotherapist. This could introduce bias in generating and interpreting results to fit the researcher’s pre-conceived assumptions. Corroborating this, a systematic review also showed substantial observer bias and more positive results in interventions derived from randomised-controlled trials with non-blinded assessors as opposed to blinded assessors (Hrobjartsson et al., 2012).

Although the population specified addressed the research question, there was no basis for which the multiple-armed RCT was adopted and it was not clear whether the CP group was a control or intervention group. Moreover, having multiple comparators against the treatment of interest (i.e. SM group) did not allow for in-depth focus into the research question and increases the probability of a type 1 error occurring (Wason et al., 2014).

In order to determine the reliability of the intervention, a 95% Confidence Interval (CI) was used. This is where a range of values is calculated to see whether the estimate of the population mean difference pre and post-treatment sits within the sample mean difference. With the baseline characteristics of the three groups being relatively similar during pre-treatment, and the CI values of the three outcome measures statistically different in the SM group (NPRS: 4.11,5.37) than the CP (NPRS: 0.69,1.38) and ST group (NPRS: −0.05, 0.53), we can assume that SM as an intervention is an independent variable that affects LBP outcomes.

The study shows clinically significant improvement in chronic LBP on patients that received spinal mobilisation. However it is noteworthy that the study presents several weaknesses, especially that of observer bias which serves to skew existing data. Further research with blinding of the researcher, reducing the number of control group and possibly increasing the sample size should be done, to ensure validity of the original study.

Physiotherapy student at Queen Margaret University. This critical appraisal was undertaken as part of a module in evidence-based practice. View more posts from Si Xian